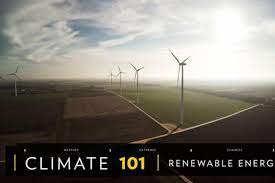 According to the International Energy Agency (IEA) report, published on Wednesday, renewables will account for about 95 percent of the increase in global power-generation capacity from now to the end of 2026, with solar power alone providing about half of the increase. … Fatih Birol, executive director of the IEA, said: “This year’s record renewable energy additions are yet another sign that a new global energy economy is emerging. The high commodity and energy prices we are seeing today pose new challenges for the renewable industry, but elevated fossil fuel prices also make renewables even more competitive.”’ Excerpt from a recent Guardian-published article ‘Renewable energy has “another record year of growth” say IEA’ by Fiona Harvey

The recent COP26 summit could not produce an agreement on a global carbon tax, when many countries are either not taxing carbon usage, or taxing enough to help end its usage at a much-needed faster pace given the fast-unfolding climate change crisis. Daron Acemoglu highlighted this concern in a recent article ‘Climate change vs. the Sino American cold war’ as follows: ‘To reduce emissions and stop the extraction and combustion of existing coal, oil, and gas reserves, there is no substitute for a global carbon tax and sustained support for the development of green technologies. The European Union has taken a first step toward a global carbon tax by proposing not just a domestic tax on fossil fuels but also a carbon border adjustment mechanism (tariff). For the carbon tax to have a meaningful impact, it will need to be set sufficiently high. Right now, carbon taxes within the EU range from €116 ($134) per metric ton of carbon dioxide in Sweden to less than €0.10 per ton in Poland, with some major economies, such as Italy, having no carbon tax at all. But even with a robust European carbon tax and tariff regime, we would still need the US and China to adopt and enforce similar policies in order to keep climate change in check.’

Moreover, as Jayati Ghosh pointed out reluctance by rich, advanced countries in terms of moving away from fossil fuel in her recent article ‘The rich world’s climate hypocrisy’ whereby COP26 only saw ‘A group of 20 countries, including the US, pledged to end public financing for “unabated” fossil-fuel projects, including those powered by coal, by the end of 2022. But the prohibition applies only to international projects, not domestic ones.’

The same lack of impetus was also highlighted by Daron Acemoglu in the same article with regard to providing investment in, and subsidy to fossil fuel industry, as follows: ‘China, for example, is still investing in new coal plants, building more than one per week in 2020. India has nearly doubled its coal consumption over the last decade, while refusing to commit to a meaningful net-zero emissions target. And Russia is doing almost nothing, claiming that its forests, tundra, and swamps will absorb enough carbon to render it carbon neutral by 2060. The US, too, is proving unequal to the challenge… It can afford to invest much more in renewable energies, and to support the broader global transition to cleaner technologies. Yet it is still subsidizing the fossil-fuel industry, rather than taxing carbon emissions and regulating the big energy companies that bear most of the blame for the problem. (That said, Iran, Russia, Brazil, China, and India are even worse offenders when it comes to fossil-fuel subsidies.)’

Yet, while the growth in renewable energy overall is indeed impressive, more needs to be done overall in terms of lesser usage of fossil fuels, as pointed out in the same article by Guardian’s environment correspondent, Fiona Harvey as ‘However, this level of growth is still only about half that required to meet net zero carbon emissions by mid-century’

Having said that, while this lack of emphasis is seen in terms of taxing, investing in, and subsidizing fossil fuel industry, at the same time, the renewable energy sector has also witnessed sharp increase in its growth. In her same article, Fiona Harvey pointed out in this regard ‘It has been another record year for renewable energy, despite the Covid-19 pandemic and rising costs for raw materials around the world, according to the International Energy Agency (IEA). About 290GW of new renewable energy generation capacity, mostly in the form of wind turbines and solar panels, has been installed around the world this year, beating the previous record last year. On current trends, renewable energy generating capacity will exceed that of fossil fuels and nuclear energy combined by 2026.’

Moreover, the same article by Fiona Harvey pointed out about some of the main performers in the renewable energy sector as ‘China installed the most new renewable energy capacity this year, and is now expected to reach 1,200GW of wind and solar capacity in 2026, four years earlier than its target of 2030. China is the world’s biggest carbon emitter, but the government was reluctant at Cop26 to commit to the strengthening of its emissions-cutting targets, which many observers had hoped for. … Birol said China’s rapid expansion of renewable energy suggested the country could reach an emissions peak “well before 2030”. [Moreover, with regard to India] Birol said: “The growth of renewables in India is outstanding, supporting the government’s newly announced goal of reaching 500GW of renewable power capacity by 2030 and highlighting India’s broader potential to accelerate its clean energy transition.”’

Yet, while the growth in renewable energy overall is indeed impressive, more needs to be done overall in terms of lesser usage of fossil fuels, as pointed out in the same article by Guardian’s environment correspondent, Fiona Harvey as ‘However, this level of growth is still only about half that required to meet net zero carbon emissions by mid-century.’ 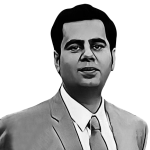