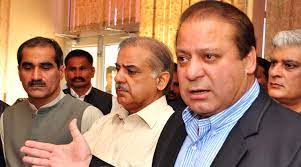 Shafaf or free and fair elections are indeed the way forward but with credible and untainted contestants. Articles 62 and 63 of the Constitution have several conditions that have to be met by the candidates. Tax and loan defaulters are liable to disqualification. Even loan write-offs are off limits. In the checkered political history of Pakistan only the 1970 electoral contest remains credible. Despite several democratic gains which includes the formulation of the 1973 consensual constitution, the election or the cailbre of the members are never highlighted nor discussed. It was the ablest house ever. Leader of the House was Zulfiqar Ali Bhutto (ZAB) while Abdul Wali Khan led the opposition. Legislators were committed, able and honest. ZAB was so confident of his popularity and performance that he opted for early elections.

Since then every electoral contest has been disputed or challenged, with various brands of Muslim League being the major beneficiary of these manipulated elections. Almost the entire leadership of the Pakistan Muslim League (PML-N) has been accused of corruption and money laundering.

There are serious charges of corrupt practises against the Chairman of the Pakistan People’s Party (PPP) as well, but somehow the Chaudhrys of Gujrat always manage to slip accountability despite clear signs of foul play. In the current legislature very few members come up to the standards set forth by the Constitution. In other words, clean elections are being demanded by tainted candidates.

It is widely believed that ‘Garbage in is garbage out’. The dirt is asking for a clean path to spread their dirty designs. The constitutional requirements must be applied across the board, free and fair elections and clean candidates to deliver a house of able and honest legislators as it was in 1970. It has to be a complete package.

Unfortunately the transition after the defeat of the forces of corruption led by the PML(N), and the PPP has been very slow, causing difficulties for the masses. The expected relief has not been delivered mainly because of a poor team and lack of homework. No one seems to have a clear road to overcome the persistent decline.  The writing is on the wall, another ‘Clean Contest’ amongst ‘Dirty’ players will get us nowhere

After the recent elections of the Supreme Court Bar Association (SCBA), an attempt is being made to overrule the past disqualification of the corrupt. This move will further push back the accountability process as convictions through our legal system are almost impossible. The role of the judiciary in derailing our democratic struggle is also not upto the mark.

Instead of moving forward with the clean-up process, it makes no sense to look back. The entire legal framework is already overloaded with cases. The mexim ‘justice delayed is justice denied’ clearly applies. The colonial tradition of summer vacations for the superior courts continues after over seven decades of independence. Considering the backlog of cases this approach needs to be revisited as the ‘lordships’ no longer have to visit their families overseas. Today they either reside in official residences or have also been gifted with residential plots, and their perks and pensions are the highest in the land of the pure. The two important pillars of the state (Judiciary, Executive) needs a major overhaul to obtain convictions of the unscrupulous.

Common law is for the commoners, not for public office holders. Once accused of corruption they must come clean or be sidetracked. The onus of proof lies with them, the Napoleanic Codes should apply, ‘guilty as charged unless proven otherwise’. The prevalent practice of; ‘One is innocent unless proven guilty’ is not helping the accountability process. The age-old weapon of delays through adjournments is providing fresh oxygen to the corrupt elements. ‘Shafaf’ elections will only strengthen the Rule of the Corrupt which the Prime Minister (PM) is trying to stall despite pressure from all sides.

While the PPP, being a genuine political outfit, has opted for a political fightback, the PML(N), being an establishment embryo, is always willing to wheel and deal. This wheeling and dealing has been deadly for the democratic order. Those who have been responsible for the decline cannot move the nation ahead. The smaller created democratic impediments like the PML(Q) and the MQM are always there to play for the galleries at crunch time.

Real political parties are built around ideology, not families as is the case in the land of the pure. The electoral contest in 1970 was clearly defined between the forces of change and of the status quo. Change prevailed while the establishment was unwilling to let go which caused the break-up of Quaid’s Pakistan, but real democracy returned to the land of the pure. The democratic era was brief (1971 to 1977) but meaningful and effective.

Unfortunately the transition after the defeat of the forces of corruption led by the PML(N), and the PPP has been very slow, causing difficulties for the masses. The expected relief has not been delivered mainly because of a poor team and lack of homework. No one seems to have a clear road to overcome the persistent decline.  The writing is on the wall, another ‘Clean Contest’ amongst ‘Dirty’ players will get us nowhere.