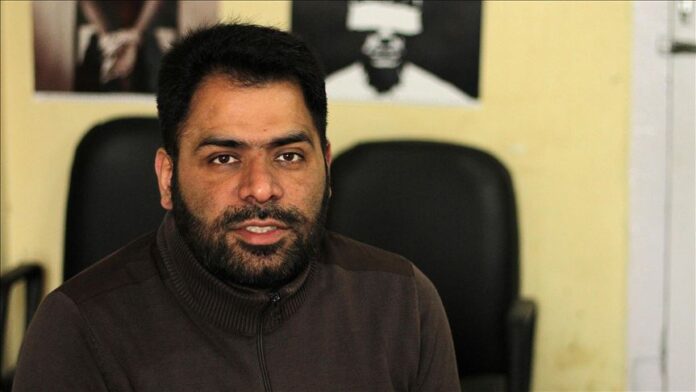 SRINAGAR: The arrest of Kashmiri human rights defender Khurram Parvez by the India’s notorious National Investigation Agency (NIA) continues to draw sharp criticism both at home and abroad with global human rights organisations and political parties calling upon India to release him, immediately.

According to Kashmir Media Service, Amnesty International in a tweet said, “The arrest of Kashmiri activist Khurram Parvez is yet another example of how anti-terror laws are being misused to criminalise human rights work and stifle dissent in India. Instead of targeting HRDs, authorities should focus on bringing accountability for human rights violations”.

In Indian illegally occupied Jammu and Kashmir, Jammu and Kashmir Democratic Freedom Party in a statement in Srinagar termed his arrest as Modi government’s conspiracy to stifle voice of dissent in the territory. The DFP spokesman, Advocate Arshad Iqbal, said that persecution and reprisals by the
Indian occupation authorities against human rights defenders, political
activists and representatives of civil society was an obvious manifestation of the fascist BJP regime’s authoritarian mindset.

“The Indian occupation authorities’ response to right to freedom of expression and opinion has always been authoritarian in nature”, he said adding that arrests, intimidation, and a vilification campaign intended to
debase the pro-freedom leadership and discredit the work of Kashmiri rights activists has been hallmark of the Indian government.

Referring to Khuram Parvez’s remarkable role he said that Parvez “is being victimized just for documenting human rights violations and exposing India’s brutal face to the international community that has unfortunately chosen to stay silent on the sufferings of Kashmiri people.”

Parvez was arrested by NIA on Monday and was shifted to New Delhi on Tuesday.