Both victim and criminal 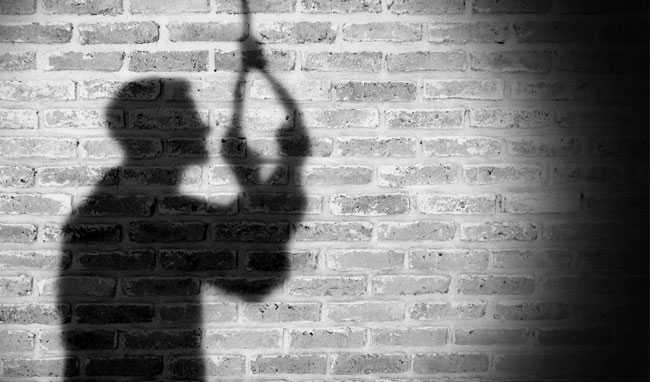 Suicide is the intentional, voluntary, un-accidental, act of a sane man which results in his own death. In Pakistan, section 325 of Pakistan Penal Code 1860 provides that “whoever attempts to commit suicide and does any act towards the commission of such offence, shall be punished with simple imprisonment for a term which may extend to one year, or with fine, or with both”. The law to punish the attempt to commit suicide is as old as the penal code itself.

Because in the Subcontinent the penal code was designed and enforced by Englishmen, it would be judicious to quote Blackstone’s common law view of suicide here: “the law of England wisely and religiously considers that no man hath a power to destroy life but by commission from God, the author of it; and, as the suicide is guilty of a double offence; one spiritual, in invading the prerogative of the Almighty and rushing into his immediate presence uncalled for; the other temporal, against the king, who hath an interest in the preservation of all his subjects; the law has therefore ranked this among the highest crimes, making it a peculiar species of felony, a felony committed on one’s self”.

Presently, according to the World Health Organization, more than 700,000 people die due to suicide every year, and for every suicide, there are many more people who attempt suicide. Suicide is the fourth leading cause of death in 15-19-year-olds. The question is: whether the criminalization of suicide-attempt is productive in its prevention? Research answers in No. Rather, it adds more mental issues, agony and sufferings by labelling the victim as accused in society. Astonishingly, this is the only offence where the accused is also the victim.

The main purpose of the legislation is always to diminish the mischief caused by the act or omission which is designated as an offence; so, if the offence attempt-to-commit-suicide is not diminishing the attempts and if the offence is not proving helpful in the prevention of this crime, then is it not indispensable to review the law and to legislate 6n it in accordance with socio-economic and phycological scenario of our society?

Firstly, the vires of this legislation was discussed by the Bombay High Court in Maruti Shri Pati Dubal Vs State of Maharashtra, 1987 and it was held that the section 309 of Indian Penal Code (which is similar to section 325 of Pakistan Penal Code) unconstitutional on the grounds that: “If the purpose of the prescribed punishment is to prevent the prospective suicides by deterrence, it is difficult to understand how the same can be achieved by punishing those who have made the attempts. Those who make the suicide attempt on account of the mental disorders require psychiatric treatment and not confinement in the prison cells where their condition is bound to worsen leading to further mental derangement. Those on the other hand who make the suicide attempt on account of acute physical ailments, incurable diseases, torture or decrepit physical state induced by old age or disablement need nursing homes and not prisons to prevent them from making the attempts again. No deterrence is further going to hold back those who want to die for a social or political cause or to leave the world either because of the loss of interest in life or for self-deliverance. Thus, in no case the punishment serves the purpose, and in some cases, it is bound to prove self-defeating and counter-productive.”

Therefore, it is high time that necessary amendments in penal and procedural laws regarding the attempt to commit suicide be made, because it is a more medical, psychiatric, and sociological issue than a crime. It is also indispensable because, in criminal law, offences must always have justifications. And what justification could there be for punishing a person suffering from mental and psychological illness or with socio-economic issues, which are beyond his or her control.

Then, the Indian Supreme Court in P. Rathinam Vs Union of India, 1994 held the same to be unconstitutional by observing in conclusion “that Section 309 of the Penal Code deserves to be effaced from the statute book to humanise our penal laws. It is a cruel and irrational provision, and it may result in punishing a person again (doubly) who has suffered agony and would be undergoing ignominy because of his failure to commit suicide”. The court also referred to two leading countries in its judgement: the UK and the USA.

“At English Common Law suicide was taken as felony as much so that a person who had met his end after committing suicide was not allowed Christian burial… and the property of the person concerned used to get forfeited to the Crown… but times changed, notions changed and presently, even attempt to commit suicide is not a criminal offence, as would appear from Suicide Act, 1961”.

As per above referred judgment, “in the United States by early 1970 comparatively small number of States (9) listed suicide as a crime, although no penalties were exacted”. And then court referred, “the latest American position as it had been mentioned at p. 348 of Columbia Law Review, 1986: Suicide is not a crime under the statutes of any State in the United States. Nor does any State, by statute, make attempting suicide a crime…”

Although P. Rathinam’s case was not approved by the full bench of the Indian Supreme Court, i.e., Smt. Gian Kaur VS the State of Punjab in 1996; despite the grounds and reasoning referred by the court in P. Rathinam’s case deserves much legal appreciation.

Be that as it may, in India, under section 115 of the Mental Health Care Act, 2017 presumption of severe stress in case of attempt to commit suicide was provided to the accused. It provides that “Notwithstanding anything contained in section 309 of the Indian Penal Code any person who attempts to commit suicide shall be presumed, unless proved otherwise, to have severe stress and shall not be tried and punished under the said Code”.

However, In Pakistan, although the Mental Health Ordinance, 2001’s section 49 states that “a person who attempts suicide shall be assessed by an approved psychiatrist and if found to be suffering from a mental disorder shall be treated appropriately under the provisions of this ordinance”, it does not diminish the aftermaths of arrest of the victim-cum-accused under section 325 of PPC.

Therefore, it is high time that necessary amendments in penal and procedural laws regarding the attempt to commit suicide be made, because it is a more medical, psychiatric, and sociological issue than a crime. It is also indispensable because, in criminal law, offences must always have justifications. And what justification could there be for punishing a person suffering from mental and psychological illness or with socio-economic issues, which are beyond his or her control.