This may just be the beginning 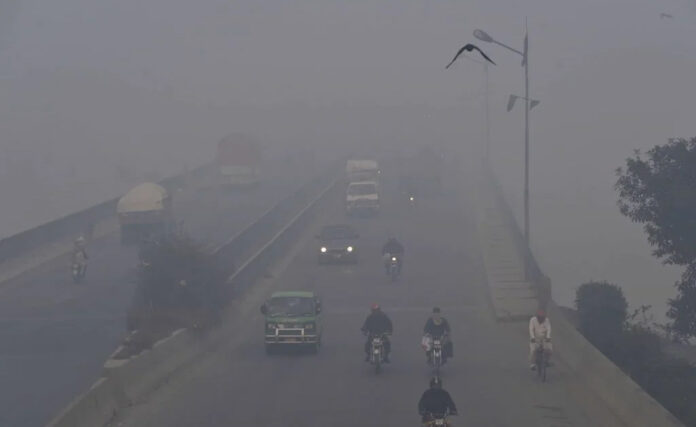 The US Air Quality Index has portrayed a very grim picture of air quality in Lahore. Lahore has topped the list of cities having the worst air quality. After Lahore, Kyrgyzstan’s Bishkek was second, Delhi tthird, Kolkata fourth, and Karachi fifth.

Smog is made up of smoke and fog in the air and the first time the word ‘smog’ was used in 1950 in London. Smog has two types; photochemical smog and sulfur smog. The type of smog we are witnessing in Lahore is mostly photochemical. It results from hydrocarbon vapors and nitrogen oxides in the presence of sunlight. This is commonly found in urban areas.

Some of the leading causes behind smog-related air pollution are coal consumption, industrial emissions, vehicular emissions, massive waste production, and burning agricultural waste. In New Delhi, the burning of crop waste is one of the unavoidable reasons behind the pollution. Lahore’s proximity to the Indian border makes it more vulnerable to pollution.

Developing countries are likely to see a sharp rise in urbanization. If this happens and we do not take measures then stark consequences are bound to hit Pakistan

Children are more likely to be hit by the smog. A study shows that “In 1952, Smog in London triggered a sharp increase in the risk of childhood asthma by 19.87 percent”. The presence of smog is a serious threat to longevity and life expectancy. Dr. Zulfiqar Mirza, who took part in anti-smog demonstrations, mentions that “according to Lancet (a medical journal) the astounding numbers of 135,000 people, most of them are children, lost their lives due to air pollution”. Another document goes further to say that 21,2433 deaths are inflicted upon Pakistan annually by air pollution. Furthermore, the Air Quality Life Index highlights that the Lahore residents’ life expectancy is reduced by five years owing to air pollution.

Anti-smog squads have been constituted by the Lahore administration to cope with this menace. Officials from the Metropolitan Corporation Lahore, the Environment Department, the Water and Sanitation Agency, the Lahore Electric Supply Corporation, police, and district administration would be included in the Squad. The Environment Department’s officials would lead the squad. Various industrial units would be inspected. Industrial units lacking in compliance with the regulations would be penalized or sealed. The Provincial Disaster Management Authority has also released its report about measures to curb smog. This report shows that the PDMA has collected Rs 38 million in fines from various sectors such as the local government department, transport department, environment department, agricultural department, and traffic police, etc.

Similarly, because of serious violations, 116 people are arrested and 1,773 cases have been reported by the PDMA. No doubt, concerned authorities are taking measures to grapple with the issue of smog but we need a holistic approach. The measures to prevent smog can be divided into two parts; short-term prevention and long-term prevention.

Short-term prevention demands the use of masks and glasses, limited movement, and avoiding the opening of windows and doors unnecessarily. Long-term planning demands plantation, less use of fuel, factories’ distance from cities, awareness campaigns and stopping the burning of agricultural waste. Ever-growing industrialization and urbanization must be handled effectively. According to Fareed Zakaria in his book Ten lessons for a Post-pandemic World, developing countries are likely to see a sharp rise in urbanization. If this happens and we do not take measures then stark consequences are bound to hit Pakistan.