32 high priced new vehicles to be purchased for Governor, CM of GB 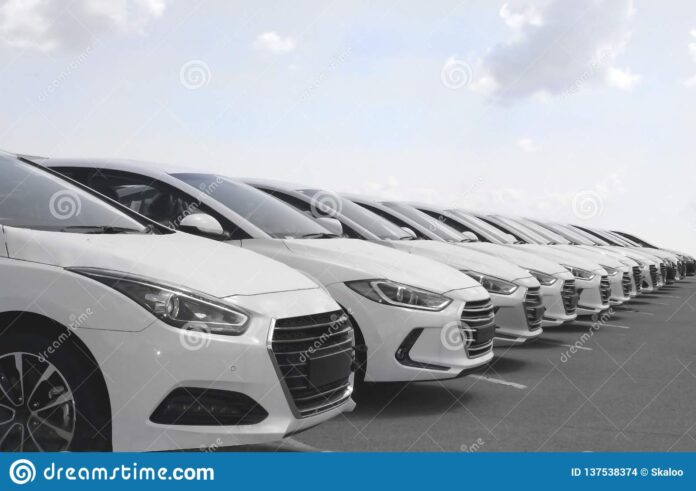 ISLAMABAD: As Pakistan Tehreek-e-Insaf (PTI)-led government in Gilgit Baltistan (GB) has increased cabinet (public office holders) to a historic size of 28 members facilitating non-elected and elected members of the regional assembly, it is going to purchase at least 32 new high priced vehicles for the office holders.
According to documents available with this scribe, the regional government has asked the Ministry of Finance in the center to allow it to purchase 32 vehicles which included Toyota land cruisers, Toyota Fortuners and Toyota Revo which may cost the government around Rs 400 million.
As per the letter it sent to the Ministry of Finance, the GB government has sought approval for purchase of two Toyota Land Cruisers 200 VX ”SW”A/T Gasoline, one for Governor GB and one for the Chief Minister GB. It has sought approval for purchase of 20 Field Vehicle 2800 CC LAT (G) MT (Fortuner) for Speaker, Deputy Speaker GB legislative Assembly, cabinet members, Advisers and Special Assistants to CM GB.
The regional government has also wanted to purchase at least 10 Official Vehicles 2800 CC Toyota REVO for the coordinators to CM GB making the total number of demanded new vehicles to 32.
Justifying the purchase of new vehicles, the regional government claims that the existing vehicles of the public office holders were procured during 2011, while the Special Assistants and Coordinators to CM GB have been facilitated temporarily by requisitioning vehicles from different government departments.
The cabinet of the regional government, as per the documents, had approved purchase of the new vehicles from the regular budget of the government on November 5.
According to sources, the purchase of heavily prices vehicles from the budget of regional government was burden on the limited budget (grant) of the regional government, where the ministers, coordinators and secretaries and other officials are already using heavy vehicles despite the fact that smaller vehicles could be used in cities and towns of the area.
The bureaucrats/officials who are entitled to use 1300 CC to 16 CC vehicles in the rest of the country are given vehicles of 2800 CC in GB using the limited budget of the regional government mercilessly.
The PTI, which talked about austerity and cutting administrative costs of the government, has facilitated 30 elected and non-elected members of the party and its allies through granting portfolios with a historic size of cabinet in GB.
Interestingly two more coordinators were added to the cabinet when a party leader and applicant for GB Council’s member was admitted in hospital for his failure to get a single vote in the council’s election held at GB assembly on Friday.
According to a notification of the law and prosecution department of GB, the government through amendment in rules of business has facilitated creation of posts of coordinators, under which the number of coordinators to the chief minister has been increased from two to 10. “It is notified for general information and compliance that the Governor Gilgit-Baltistan has been pleased to further amend rule 29(A) (3) amended in 2017 of the Gilgit-Baltistan Rules of Business, 2009 by inserting a new proviso i.e. after the word two special Coordinators to the Chief Minister GB the word “and ten Coordinators to the Chief Minister,” the notification said.
As per the new rules notified, the coordinators shall be appointed by the chief minister and shall hold the office during his pleasure. They shall be entitled to a salary equal to half of the salary of a special assistant to the chief minister.
The ruling party which formed the government in GB after the election has enhanced the number of cabinet to 28 consisting 12 ministers, two advisers, five special assistants to the chief minister, 8 coordinators and the chief minister. Including the speaker and deputy speaker the total number of public office holders in GB becomes 30, extremely larger than the total number of members of the ruling party and its allies in Gilgit Baltistan Legislative Assembly which is 23. Since the government has made legal amendments for creating room for 10 coordinators, the regional government may add two more coordinators in near future.
Interestingly this huge size of cabinet/office holders is formed to rule a 1.6 million populated region where only four to five members of the cabinet is enough to handle rule and run government affairs. As per the constitution, the Cabinet can have a maximum of 11 percent of the total strength of the parliament whereas each cabinet member must be a member of parliament.