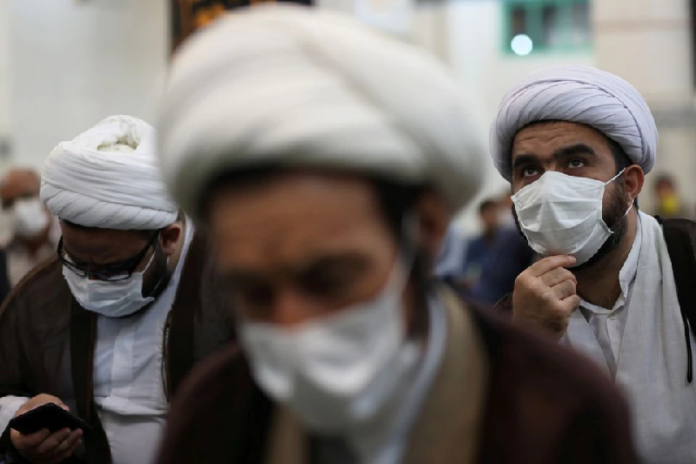 TEHRAN: Mass Friday prayers resumed in Tehran after a 20-month hiatus due to the Covid-19 pandemic, state TV reported.

The prayers at Tehran University, a gathering of religious and political significance, came as authorities warned of a sixth wave of the coronavirus, which has so far claimed 124,928 lives in Iran and afflicted more than 5.8 million.

On Saturday, schools with less than 300 students are also due to reopen.

Also starting on Saturday, government employees, except those in the armed forces, will be barred from work if they are not vaccinated at least with a first dose, according to a government circular released earlier this week.

The government says more than 28.2 million people have so far received a second dose of the Covid-19 vaccine.

“Today is a very sweet day for us. We thank the Almighty for giving us back the Friday prayers after a period of restrictions and deprivation,” said Mohammad Javad Haj Ali Akbari, Tehran’s interim Friday prayer imam.

Worshippers had to heed social distancing and use face masks during the gathering. Most worshippers brought their own prayer rugs, said the broadcast.

It said Friday prayers also were performed in several other Iranian cities.

Health Minister Bahram Einollah said earlier this week that it was a “certainty” that Iran would face a sixth wave next week. The warning came even as the country has accelerated its vaccination drive.

Einollahi added that his country was well-prepared for the new surge.

Schools with more than 300 students will re-open on Nov 6, Alireza Kamarei, spokesperson for Iran’s Education Ministry, said earlier this week, adding that it was not essential for students and teachers to be vaccinated. He said 85 percent of the country’s teachers and 68 percent of students had so far been inoculated and that classrooms were well ventilated.

Required social distancing was at least one and a half metres.