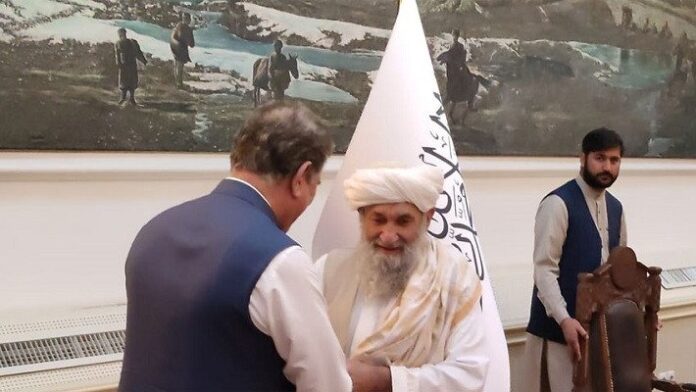 He assured the Afghan interim prime minister that Pakistan is committed to extend humanitarian assistance to Afghan brothers.

The foreign minister said Pakistan wants lasting peace and stability in Afghanistan. He mentioned the steps taken by Pakistan in this regard, including visa facilities for Afghan citizens and the establishment of new border points to facilitate movement.

Qureshi said Pakistan, in collaboration with Afghanistan’s neighbours, is committed to play a constructive role for peace and stability in the region.

Maulvi Abdul Salam Hanafi hosted a banquet in honour of Qureshi and his delegation at the Arg Palace. A large number of cabinet members of the interim government joined them.