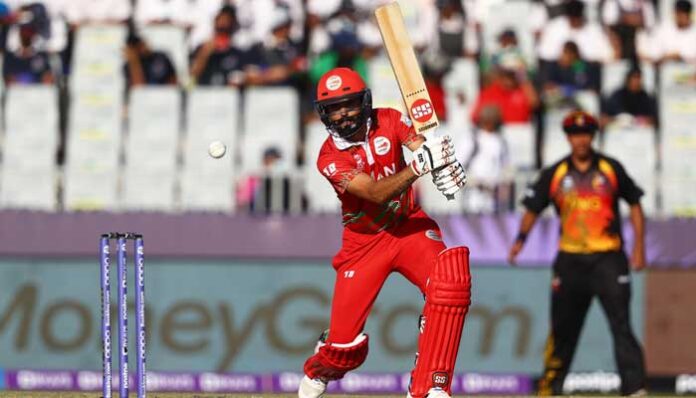 DUBAI: Oman were off to a flying start in the Twenty20 World Cup on Sunday with a 10-wicket rout of debutants Papua New Guinea.

Papua New Guinea in response set a 130-run target for Oman to chase.

The side was dismissed for 129-9 at the end of 20 overs with Oman skipper Zeeshan Maqsood coming away with the bulk of the haul — four wickets in exchange for 20 runs.

Papua New Guinea’s top scorer was skipper Assad Vala, who made 56 runs off 43 deliveries. He was caught out off Kaleemullah’s ball taken comfortably by Jatinder Singh.

Skippers’ comments ahead of match

Oman had the home advantage in just their second T20 World Cup and Maqsood believed the spinners in the team could do the trick at Al Amerat ground.

“The pitch looks dry and we have spin bowlers with us,” Maqsood said at the toss of the first round match.

“We have prepared really well and are looking to give our best and qualify for the next round.”