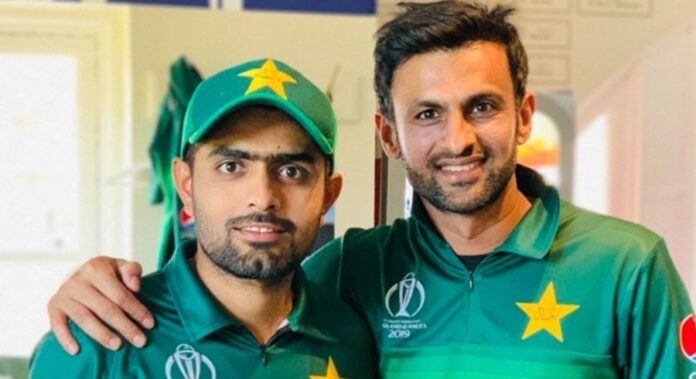 “He is experienced and has all the knowledge of international cricket, especially T20 cricket,” Azam said at a press conference.

“Shoaib Malik’s inclusion in the team surely is a big boost for the team. His experience will help us a great deal,” he said, adding that Malik and other senior players will be consulted before finalising a strategy for each match.

Azam said Mohammad Rizwan had emerged as a true batsman. “He has become a linchpin in Pakistan batting lineup. I am looking forward to establishing a partnership with him in an effort to give a solid foundation to the team’s total,” he added.

He believes he is lucky to be leading the Pakistan team. “I am leading the team in my first ever T20 World Cup, which is a big responsibility for me. I am in form and have been scoring runs,” he said.

He wants Pakistan to repeat its 2009 performance when the team won the title in England. “We want to repeat that performance. Winning [the] T20 World Cup in 2009 was big news for Pakistan,” he added.

On changes made ahead of the team’s departure to Dubai, Babar said some of the players were not in their best form. “In the absence of the scheduled series against New Zealand and England, we organized National T20 to see the selected players’ form. Some of them were in the best form. That is why we made some changes in the team,” Babar said.

It is pertient to note that Babar Azam will be playing his first-ever T20 World Cup.