South Korea to issue grant of US$4 million to Pakistan for preserving, promoting the Buddhist heritage 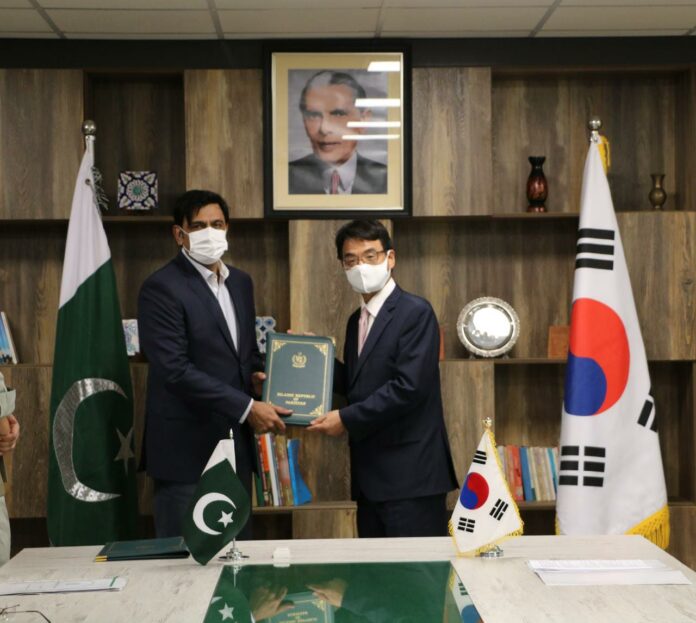 ISLAMABAD: Pakistan and Republic of Korea have inked a Memorandum of Understanding (MoU) the preservation and promotion of the rich Gandhara Buddist Heritage of Pakistan.

Ambassador Suh Sangpyo called on Federal Secretary of the National Heritage and Cultural Division Mr. Asif Hyder Shah and both sides extended their felicitations on the signing of the significant MoU aimed at the preservation and promotion of the rich Gandhara Buddist Heritage of Pakistan between the Cultural Heritage Authorities of both countries.

The Ambassador indicated that within the framework of the MoU, the focus will be on the preservation of the rich Buddhist Heritage of Pakistan by providing capacity building opportunities and enhancing people-to-people exchanges for those working in this field and also on the promotion of Buddhist Tourism from Korea to Pakistan.

He said it was initially discussed during the visit of the President of Jogye Order in 2019. The Ambassador further added that Korea will be granting $4 million under this agreement to Pakistan for preserving and promoting the Buddhist heritage.

Mr. Asif thanked the Ambassador and the Cultural Heritage Administration of Korea for its tireless support to the preservation of Buddhist Heritage of Pakistan and assured that the Pakistani side will accelerate their efforts to achieve the desired outcomes of the MoU.