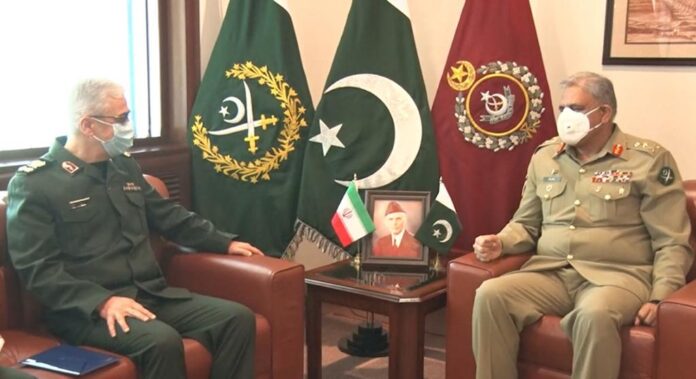 ISLAMABAD: Top military leadership of Pakistan and Iran Wednesday agreed to further enhancing defence cooperation and working together for regional peace and unified response to terrorism.

The agreement was made during the visit of General Headquarters (GHQ) by a high-level delegation of Iran. Major-General Mohammad Bagheri, Chief of General Staff (CGS) of Armed Forces of the Islamic Republic of Iran, led the high level Iranian delegation who met with Chief of Army Staff General Qaar Javed Bajwa.

On arrival, the Iranian CGS was presented a Guard of Honour by a smartly turned out contingent of Pakistan Army. The visiting dignitary laid floral wreath at Yadgar-e-Shuhada and prayed for Martyrs of Pakistan.

During delegation level meeting, Iranian delegation was given a comprehensive regional security appraisal and operational update besides briefing on Training Regime of Pakistan Army including collaboration with friendly countries and conduct of various joint military exercises. The Iranian CGS expressed his desire for further strengthening military to military ties particularly in counter terrorism and training domains.