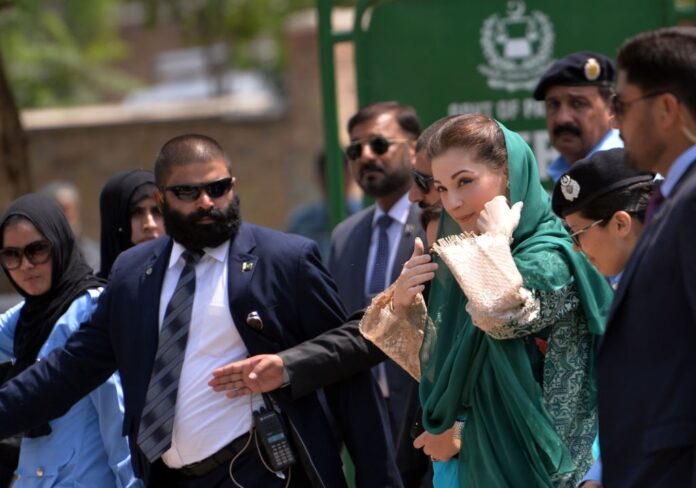 In July 2018, an accountability court ruled that deposed prime minister Nawaz Sharif and his family laundered money in the 1990s to pay for four luxury apartments in Park Lane, central London, drawing on allegations that resurfaced in the 2016 Panama Papers.

Mr Sharif, Ms Nawaz and her husband, Muhammad Safdar, had filed appeals in the IHC against their convictions. The court in September that year suspended their sentences and released them on bail.

Last week, Ms Nawaz approached the high court to annul the verdict against her, claiming the entire proceedings in the reference were a “classic example of outright violations of law and political engineering hitherto unheard of in the history of Pakistan”.

In its petition, filed under Article 199 of the Constitution, the dirty money watchdog Ms Nawaz misused the terms of her bail and requested the court to cancel the bail.

A two-judge bench of the high court will take up the petitions Wednesday (tomorrow).

The family has long struggled to explain how the Avenfield flats came into their possession. Family members initially told different stories. During the National Accountability Bureau trial, Mr Sharif’s defence claimed that a Qatari investment fund gave the expensive properties to the family to repay a debt owed to Mr Sharif’s father, Mian Muhammad Sharif.

Commentators in 2017 mocked a letter from a Qatari prince apparently testifying to that deal as a rabbit pulled out of a hat.

Mr Sharif and members of his family have denied any wrongdoing, and supporters claim the charges against them are politically motivated.

In her petition submitted last week, Ms Nawaz also referred to the speech made by a former IHC judge, Shaukat Aziz Siddiqui, on July 21 that year, claiming the spy agencies were influencing high-profile judicial proceedings.

“The ISI is fully involved in trying to manipulate the judicial proceedings,” Mr Siddiqui had said in a speech to lawyers, adding the agency had told the court not to release Mr Sharif and his daughter until after the elections.

“The ISI officials had approached the chief justice asking him to make sure Nawaz and his daughter should not be bailed before the elections,” read the petition, quoting an excerpt from the speech.

Mr Siddiqui was dismissed in October 2018 following a dismissal recommendation by a panel of judges headed by the chief justice, which called his remarks “conduct unbecoming of a judge of a high court”.