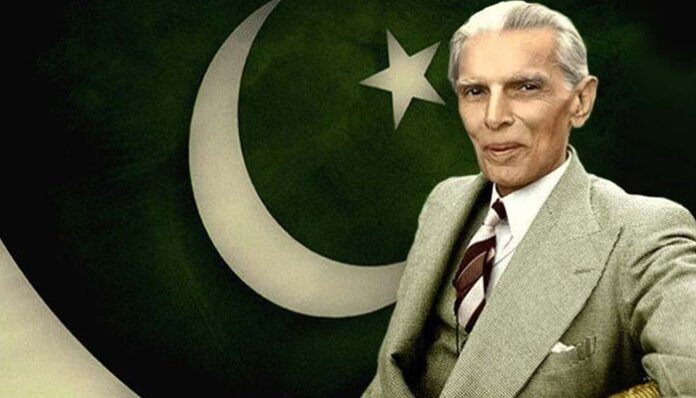 Pakistan and the USA have a long history of engagement, but history is witness that the USA has always abandoned Pakistan after it no longer needed Pakistan’s help. Quaid-i-Azam Muhammad Ali Jinnah desired ties with all states based on equality.

Despite the vision of the founding father, Liaquat Ali Khan’s first visit to the USA instead of Moscow pushed Pakistan into the US block. However, after preferring the USA over the USSR, Pakistan left no stone unturned in helping the USA in the time of need. It became a member of SEATO in 1954 and CENTO in 1955 to further enhance the ties. Both states signed a Mutual Defence Agreement and a Bilateral Defence Cooperation Agreement in 1954 and 1959, respectively to further boost ties.

A major threat to the national security of Pakistan emerged from India and Pakistan considered the USA as an important ally against Indian aggression. But unfortunately, this ally did not show up when Pakistan needed its help at the time of Indian aggression in the 1965 and 1971 wars.

Let alone helping Pakistan at the time of need, the USA imposed economic and military sanctions on Pakistan.

Meanwhile, Pakistan, by providing its Badaber air base to the USA, irked the USSR which threatened Pakistan with grave consequences after the U-2 incident. Pakistan had to pay for this help to the USA as the USSR vetoed multiple resolutions in the United Nations asking for its intervention in Kashmir and helped India in the 1971 War.

Similarly, the USA also backed away after the end of the Cold War. It considered Pakistan an important ally in its war against the USSR, but when the USSR disintegrated it went away leaving Pakistan with a large influx of refugees, drugs, weapons and Mujahideen. This Kalashnikov culture tore apart Pakistan’s social and political fabric. The USA then imposed Pressler Amendment sanctions on Pakistan which further aggravated the problems of Pakistan. The US ambassador Nicholas Platt even threatened Pakistan with putting it on the list of state sponsors of terrorism and accused Pakistan of sponsoring terrorism in India.

After the 9/11 incident, a shift in the US stance was observed as it needed Pakistan’s assistance in the War on Terror. It started to provide economic and military assistance to Pakistan and considered Pakistan as a major non-NATO ally. However, after years of cooperation and support, what Pakistan got at the end was a plethora of allegations and accusations from the USA. The USA, instead of acknowledging Pakistan’s role, termed Pakistan as a state harbouring terrorism. It accused Pakistan of deceiving the USA and providing safe havens to terrorists. Here, it is pertinent to mention that Pakistan got this reward from the USA at the cost of more than 83,000 lives and a loss of more than $150 billion to its economy.

US Deputy Secretary of State Wendy Sherman visited Pakistan on October 7. Her visit and the preceding actions prior to her visit can be weighed up as retributive measures to Pakistan’s “absolutely not” and aim at pressurizing Pakistan to comply with the future US demands.

On the contrary, the USA has always had good relations with India. It hailed India’s neutral status and provided economic and military assistance in the 1950s. After the nuclear tests in 1974, the USA, instead of imposing sanctions on India, considered it a ‘fait accompli’.

The USA created a loophole to exempt India from Symington and Glenn amendment sanctions in 1977-1978 and only targeted Pakistan. And, since 2000 the USA considers India as a balancing force against China. It signed a Nuclear Defence agreement with India in 2008 and started a civil nuclear corporation but at the same time, Pakistan was denied a similar opportunity.

Other than that, the USA and India have three major agreements for military and strategic cooperation and Intelligence sharing, including the Basic Exchange and Cooperation Agreement (BECA), the Logistics Exchange Memorandum of Agreement (LEMOA) and the Communications Compatibility and Security Agreement (COMCASA). The USA also supports Indian entrance into the NSG group but denies an equal opportunity to Pakistan. This shows that the USA has even better relations with India because its interest matters to it the most. Pakistan has protested many times but in vain.

However, Pakistan could not maintain good relations with the USSR because of the USA. This has helped India, be it the 1971 war or the Kashmir issue. Russia considers Kashmir as an internal matter of India. Therefore, it considered the abrogation of Articles 370 and 35A as an Indian internal matter.

The USA left Afghanistan after two decades. And, to keep an eye on the post-drawdown scenario it looked for airbases in Pakistan. The Prime Minister of Pakistan categorically rejected the US demand, saying it was against the national interests of Pakistan.

Pakistan’s decision to not allow the USA to use its air base was a step in the right direction and would have positive implications. Moving behind the shadows of Cold War relations, Pakistan and Russia are slowly but surely coming closer. Both states have huge bilateral cooperation potential.

Pakistan, by not giving its airbases to the USA, made a strong statement for future cooperation with Russia. Enhanced bilateral ties will also help Pakistan in explaining the exact situation of Kashmir to Russia.

Similarly, Pakistan’s all-weather ally China will see this decision as a step forward towards more strategic relations. It will also give stability to the China-Pakistan Economic Corridor because the US presence in Pakistan would not have a good impact on it.

Not only for Russia and China, it is also a message for other regional powers that Pakistan wants peaceful and equal ties with other states without any external influence.

However, the USA’s displeasure with the decision has been felt from its actions.

Firstly, it unfairly placed Pakistan on the Child Soldiers Prevention Act (CSPA) list. The Act accounts for the placement of foreign governments, which are involved in the recruitment of child soldiers in a list and enforcement of restrictions on them.

And, now 22 senators from the Republican party have moved a bill titled ‘Afghanistan Counterterrorism Oversight, and Accountability Act’, in the US Senate. The proposed bill seeks to impose sanctions on the Taliban and any foreign government involved in supporting them.

The bill however singles out Pakistan by name in requiring a report assessing its alleged role and support for the Taliban in the last 20 years, and in the Taliban’s offensive in Panjshir Valley.

Earlier in September, US Secretary of State Antony Blinken had announced that “We are going to be looking at in the days and weeks ahead, the role that Pakistan has played over the last 20 years, but also the role that we would want to see it playing in the coming years.”

US Deputy Secretary of State Wendy Sherman visited Pakistan on October 7. Her visit and the preceding actions prior to her visit can be weighed up as retributive measures to Pakistan’s “absolutely not” and aim at pressurizing Pakistan to comply with the future US demands.

Albeit, the proposed legislation is a result of the internal and external criticism faced by the USA for its chaotic exit from Afghanistan, but by singling out Pakistan the US has further derailed the already dwindling relations.