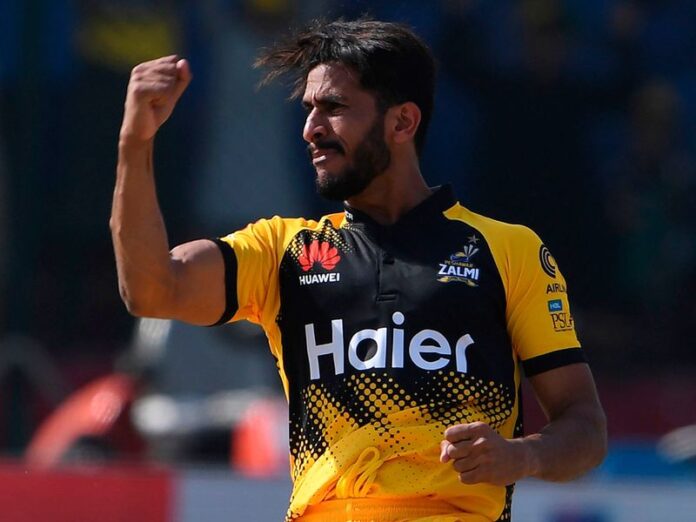 Pakistan fast bowler Hassan Ali, who has been named part of the T20 World Cup squad, on Sunday said that the side’s matches against India and New Zealand at the outset of the mega cricket event are crucial.

“The hype for Pakistan vs India matches has always been high but this time Pakistan’s match against New Zealand has also gained popularity after their pullout from the Pakistan tour,” Ali said, while addressing a virtual press conference.

“We have to beat not only India but New Zealand.”

He went on to say that the team will not take the matches lightly and will plan a strategy for the opponents.

Ali resolved for the team to open the event with a victory against India. He said that results are not in the team’s hands but the effort is, which they will make.

“Every match puts pressure on the team but we are professionals and know how to overcome it,” said Ali.

While speaking about the ground conditions in the United Arab Emirates, the cricketer said that the pitches there are slow, therefore there will be low-paced scoring during the matches in the upcoming event.

“A score of 170 runs is a winning score which can be achieved,” said Ali.

He said that his role in this is a simple one and he has to “prevent the run-scoring and take wickets”.

Commenting on the replacement of coaches before the T20 World Cup, Ali termed it “bad luck”.

He said that the “management shouldn’t have changed before the event and Waqar Younus should have been there”.

“Change of management is not in our hands and this is unfortunate,” said Ali.

He, however, said: “I have met Vernon Philander [former South African cricketer] and though he hasn’t played T20 cricket much but he still is a good bowler.”

Ali said that the squad still has time and they will try that they work on whichever area needs improvement.

“Delayed changes won’t affect us much and we will make a good combination,” he said enthusiastically.

According to Ali, senior players have a big role in the team.

“We have three to four senior players and I’m sure that we will win the trophy by playing well,” said Ali.

He said that they haven’t made a claim for winning the series but they will try their best.