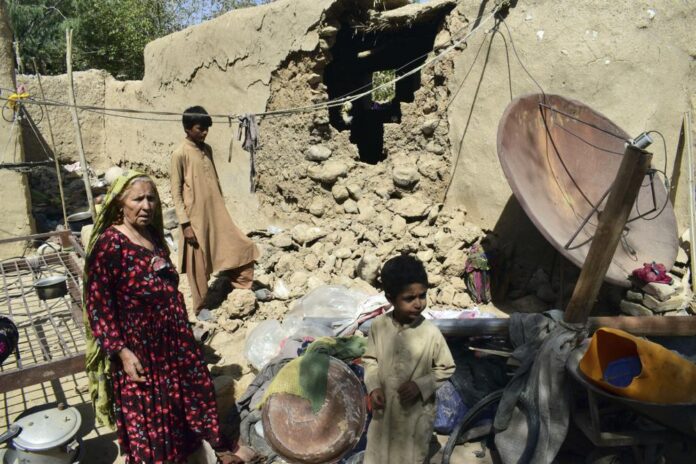 An injured woman, who was admitted to the CMH, Quetta late Saturday night via an army helicopter after her health deteriorated, couldn’t sustain the wounds and died.

The powerful 5.9 magnitude earthquake collapsed at least one coal mine and dozens of mud houses in early Thursday, killing at least 23 people as the death toll continued to creep higher. At least another 300 people were injured, officials said.

The epicentre was about 15 kilometres (9 miles) north-northeast of Harnai, according to the US Geological Survey. The initial measurement of the quake’s strength was 5.7 magnitude. It struck about 9 kilometres (5.5 miles) below the Earth’s surface — shallower quakes tend to cause more damage.

On Sunday, the federal government approved cash relief for the families affected by the disaster. Adviser to Prime Minister on Poverty Alleviation Dr Sania Nishtar visited Harnai and approved Rs12,000 in immediate assistance for all the victims.

The relief will be mobilised under the Ehsaas cash programme.

The people of Harnai have, on the other hand, demanded that the Harnai-Quetta highway, demolished during the earthquake, be immediately restored. They said a part of the 80 kilometres long road has suffered damage due to which contact with other towns is lost.

Meanwhile, schools in the district have been closed indefinitely due to fear of aftershocks.