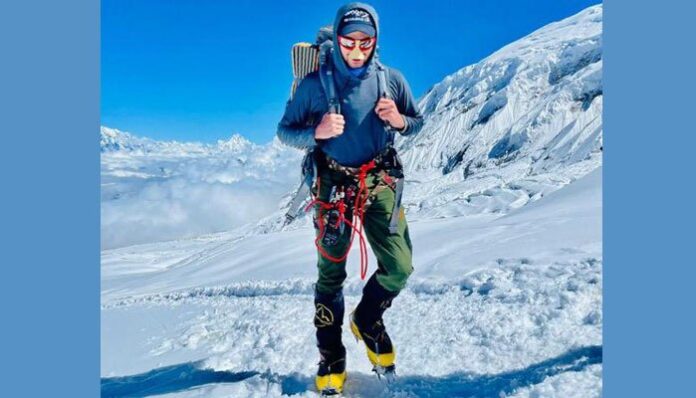 Kashif, who has already scaled the world’s two tallest mountains, has now become the youngest Pakistan man to scale four peaks higher than 8,000 meters after climbing Manaslu — the eighth tallest mountain peak in the world.

This May, Kashif scaled Mount Everest, making him the youngest climber to summit the top of the world.

Two months later in July, he scaled K2, again making him the youngest-ever Pakistani to climb the world’s second-tallest peak.

Hailing from Lahore, Kashif is only the sixth Pakistan man to scale Mount Everest. Among them, Samina Baig is the only woman climber to achieve the feat in 2013.

The son of a local businessman, Kashif started climbing at age of 11, gradually scaling peaks ranging from 3,000 meters to 8,000 meters before ascending Mount Everest and K2.

Protesters in Gwadar enters 22nd day on Monday despite Balochistan government sharing a list detailing progress made on their demands. The protestors include women and...
Read more
NATIONAL

Sri Lankan High Commissioner Mohan Vijay Vikrama has assured that the Sialkot incident will not impact the relations between Pakistan and Sri Lanka. "Pakistan and...
Read more
NATIONAL

ISLAMABAD: Chairman of the Parliamentary Committee on Kashmir Shehryar Khan Afridi Monday said that the Kashmir story needs to be told to the world...
Read more
NATIONAL

ISLAMABAD: The federal government has decided to implement a comprehensive strategy to curb violence in wake of the mob lynching of a Sri Lankan...
Read more
NATIONAL

December 6, 2021
JOHANNESBURG: South African President Cyril Ramaphosa on Monday urged citizens to get vaccinated as the country battles an unprecedented surge in cases driven by...