More now than ever 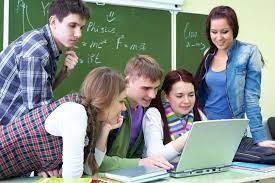 Is your child secure? Parents are very sensitive about their children. According to a UNICEF recommended report 1 in 3 internet users worldwide is a child and is open to the hazards of the digital world. Their fundamental right of digital access is being denied. Youngsters are the most connected age group. The present generation is the first one to grow up in an immensely digitalized world. Digital tools and devices have become an integral part of life. Digital parenting is not only related to children’s digital safety, it also inculcates parents’ learning, surfing, restrictive and managing skills. Worldwide, 71 % are online compared with 48% of the total population. Roughly 56% of all websites are in English and are incomprehensible for cultural content relevancy. 71% of parents of under 12 age children showed concern about excessive us of screens of which 31% are very much concerned about this. 39% parents somewhat showed confidence in screens using 45% know the apt screen time for their child and welcome advice.

61% parents of fewer than 11 age child entertain advice medical professional and 55% say the same about other parents, while 45% of parents age 5 to 11 year child do the same from teachers. Parents are generally anxious about the long-term impacts of smartphones on children’s growth. 71% believe the extensive use of smart phones by young children might potentially result in more harm than benefits. 80% of parents say their child age 5 to 11 ever uses or interrelates with a tablet computer, while 63% say the same about smart phones. Parents of under age 5 children are 48% and 55%, respectively. Approximately one-third of parents under age 11 child, 36% say their child ever uses or interacts with a voice-activated supporter, like Apple’s Siri or Amazon Alexa. 46% parents of 5 to 11 age children are more probable than parents with a child age 3 to 4 30% or 2 or younger 14% to say their child utilizes or interacts with this type of technology.

56% affirmed that they consume too much time on their smartphone, while 68% say they are at least sometimes distracted by their phone when spending time with their children. 73% of parents consider it tolerable for children to have their own phone only after age-12. 45% say smart phone possession is adequate between 12-14, and 28% say it is suitable between 15-17. Just 22% think it is OK for under 12 years old. A qualitative study shows that 70.55% parents are pessimistic and 29.45% optimistic about net surfing by primary school children. Almost 30% among 9-11 years students use mobile phones in institutes although it is prohibited. The other inequalities among the nations have not hindered the digital wave. It is estimated that in Africa children mainly connect 0.9 devices to the Internet, against 2.9 in South America, Italy 2.6 Similarly 12% in Ghana, 21% in the Philippines, and 26% in Albania can connect to the Internet at school, against 63-54% of children in other South America or European countries.

Contrary to non-restrictive and advisable parenting of the developed nations, the developing countries emphasize the restrictive mediation due to absence of supportive resources. The authoritarian culture hampers and impedes the emotional growth of girls more than boys. The parental anxiety in the digital society compels them to restrict children’s access to modern technology. The digital generation requires proper counseling, guidance and training in this regard as parents have been doing since long in the pre-digital society.  A lot of children in developing countries are living with either or neither of their parents due to certain factors. It empires the digital skills and results in digital depravity.  In the least developed regions, the institutes are insufficient to help them out of this digital divide. The safe internet navigation is unavailable for children and adults. Comparatively the parents’ digital level is almost equal to 14 years old child which aggravates the parenting digital control. The children’s trust to parental digital skill, guidance and support let them surf restrictive data. European children are more likely to share their experience with parents than the rest of the regions. The reliability of mentors and professionals is also not reliable. The restrictive approach to digital parenting undermines children’s digital skills and innovation.

Contrary to non-restrictive and advisable parenting of the developed nations, the developing countries emphasize the restrictive mediation due to absence of supportive resources.

In 2007 WHO formulated a framework that examines key aspects of parenting and parental roles that optimistically affect pubescent well-being.  We are confronting novel challenges every day in the digitalized society. Digital world is coining new words every day which are fast becoming a part of our vocabulary. Parental anxiety of the middle class about their children all over the world is a prominent feature of the digitalized world. Various digital forums and companies are offering surveillance services but their role is incredible. Data from 24 different countries suggest that 97% of pregnant women use the Internet to search for information about pregnancy. 94% women start using the Internet to supplement information already provided by health professionals and 48.6% showed dissatisfaction with the information of health professionals and 46.5% due to time shortage. In 2015, 7% of Apple iTunes were focused on women’s health but the surfers with lower income, ethnic or racial minorities and people with lower English language proficiency and digital or health literacy, are still caught up in the “vicious cycle of digital exclusion”. The app recommendation and rating both often prove useless as the sources are not reliable and credible. The theft, hacking and stealth of personal data and information has become very common in the digitized world due to loose privacy policy and inability of the users to grip the terms and conditions in the true technological sense. A market-research firm has projected that the global market of baby monitors will expand from 561 million in sales up to nearly 943 million in the next few years.  It will stimulate pointless fright, ambiguity, and self-doubt in parents about their abilities to keep their infants safe. Parental philosophy of protectiveness seems to boost in future to a large extent In contrast to 2010 when only 16% of Estonian parents engaged in technical mediation of their children’s Internet use, in 2018 technical mediation was used by 37% of Estonian parents participating in the EU Kids Online survey.

Prof. Abdul Shakoor Shah
The Writer is Prof. in English and Freelance Columnist based in Lahore. He can be reached at [email protected]