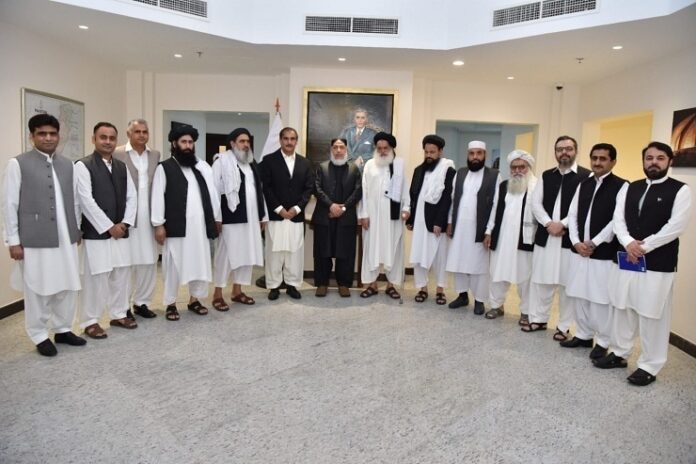 A delegation of the Afghan Taliban and Pakistan Ambassador to Doha Syed Ahsan Raza Shah met on Friday to discuss the current Afghanistan situation and bilateral relations between the two countries.

In a tweet, Taliban spokesman Suhail Shaheen said, “Both sides discussed the humanitarian assistance, [and] bilateral relations based on mutual interest and respect”

The Pakistani envoy also hosted a dinner in honour of the visiting delegation.

Earlier, the delegation of Afghan Taliban also met with the German and United Kingdom (UK) representatives in Doha.

In the meeting with Simon Gass, the UK representative in Doha, the Taliban spokesman said matters of mutual cooperation were discussed. “The UK delegation reiterated that they had already increased their humanitarian assistance and was ready to cooperate with Islamic Emirate of Afghanistan (IEA) in future as well. The PO delegation welcomed their humanitarian assistance,” Shaheen tweeted.

With the German representative in Doha, the Taliban delegation discussed issues related to economic development and humanitarian cooperation. “The German delegation emphasised boosting and continuing their humanitarian assistance to Afghanistan which was appreciated by the PO delegation,” said Shaheen.