Violence against women and the crooked system 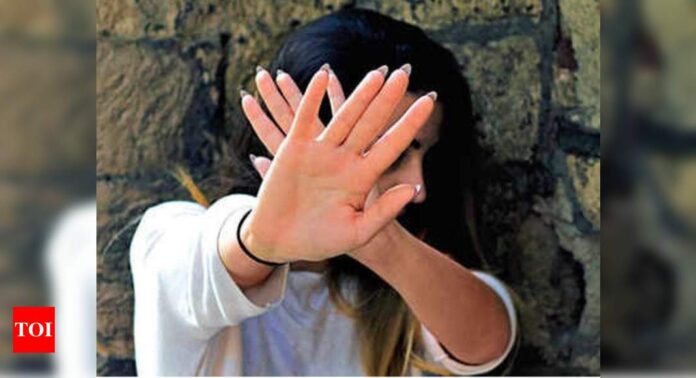 Georgetown Institute’s Women, Peace, and Security index ranks Pakistan 164 out of 167 countries for the year 2019 and it is among five countries that are the worst for women. Victimization has increased because of the increase in crimes and social problems but countermeasures taken by the state are insufficient and ineffective.

Furthermore, the criminal justice system is the byproduct of colonial masters that has inherent contradictions with indigenous norms and culture of the society. The parallel application of Islamic laws and imported English laws has created vague circumstances and it is creating hazards in providing apt measures for the treatment of victims. Further, the average conviction rate in Pakistan is 11.66 percent, which is less than 37 percent in India, 85 percent in the USA, and 99 percent in Japan respectively. Moreover, the conviction rate in rape and sexual assault cases is less than 3 percent. A low conviction rate is an indicator of the poor performance of our criminal judicial system.

Despite existing laws for the protection of women, they are being constrained, maimed, stabbed, and thrashed. Unfortunately, it is a painful truth that Pakistan is governed under misogynistic and patriarchal urges and is unable to protect its females from criminals and rapists. In the last couple of months, a UK-based Pakistani citizen was brutally killed in Lahore. Later on, Quratulain was allegedly murdered by her husband and her children saw how ruthlessly their mother was beaten to death. Her younger daughter said that she used music to mute the noises of the torture and maiming but she along with her younger siblings heard everything even the last dying breaths of her mother. It was a heartbreaking moment when the alleged murderer left the children alone with the corpse of their mother. Unfortunately, Pakistan is a country where women are killed, and children keep watch over and mourn the dead bodies of their beloved ones. Though the offender is in jail, the monster will be out of prison either by pressurizing the parents of Quratulain or by paying bribes. Owing to poor institutional quality, clout wins and justice fails. This is what has been happening in this crooked system for a long time.

A day before Eid ul Azha, another barbaric and heart-wrenching incident took place in Islamabad, where the son of a business tycoon gunned down, brutally stabbed, slaughtered, and beheaded a 27-year-old girl. The executioner with his criminal history has crossed all limits of humanity and beyond. Therefore it was not a murder of Noor Mukadd am, it was the murder of humanity. The offender looks like a serial killer.

The government has to look hard at laws and policies to stop the violence and slaughtering of women at a massive level. There is utmost need for the amendment in the existing legal framework especially for disadvantaged groups like women and children. This can prevent any type of violence whether it is sexual or physical. Otherwise, if it happens, please provide better access to justice.

Nonetheless, the family of the murderer is claiming that the perpetrator is not mentally sound or he is a psychopath. If it is true, then why was he running a business, and why did they not let it be known to the victim to distance herself from him. Though this barbaric and atrocious incident was committed by a single person, many people are indirectly involved in it; for instance, the perpetrator’s parents, the security guards, and they should be punished. This murder should not be just an addition to the statistics in the list of crimes but the accused should be hanged publicly to revive the notion deterrence. This is the real time to translate grief into action and attention.

Such types of frequent incidents have instigated anxiety in women and they are feeling unsure in their workplaces, in shopping centres, and even in their homes. Female labour force participation is 22.18 percent in Pakistan and it has a significant impact on economic growth. However, if women are harassed, threatened, and murdered, then it would have detrimental effects on the labour force participation rate and thus on economic growth. Therefore this is a challenging time for the government to serve justice to the aggrieved families of Noor, Quratulain, and many others.

The government has to look hard at laws and policies to stop the violence and slaughtering of women at a massive level. There is utmost need for the amendment in the existing legal framework especially for disadvantaged groups like women and children. This can prevent any type of violence whether it is sexual or physical. Otherwise, if it happens, please provide better access to justice.

A few years ago, I was absolutely against the Aurat march led by feminists against a misogynist and patriarchal society. But now I am convinced that such types of marches are the need of time to educate our women to stand against any type of violence and violation of the basic right of survival. Our participation and dissenting voices are our power to make our space in a masculine society.