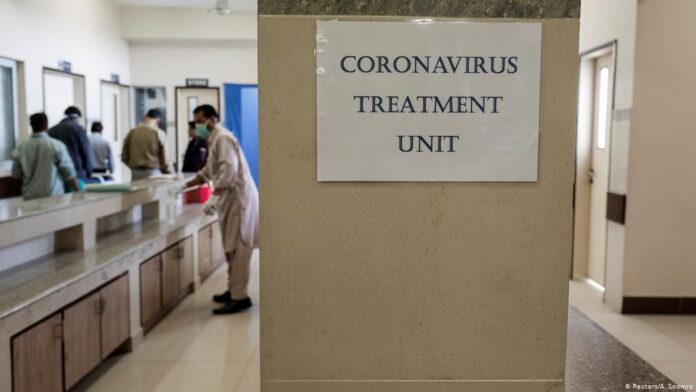 Here’s what you need to know about the coronavirus right now:

One of youngest Australia deaths as Sydney outbreak grows

Australia reported one of its youngest deaths from Covid-19 on Wednesday as daily infections lingered near a 16-month high despite the lockdown of 5 million people in its biggest city of Sydney entering its sixth week.

The unidentified man in his 20s, who had no underlying health issues and had not been vaccinated, died at his home in Sydney, authorities said. He deteriorated rapidly after complaining of only mild symptoms, they said.

The death highlights the risk facing Sydney, which is struggling to contain an outbreak of the highly infectious Delta variant when fewer than 20 percent of its residents are vaccinated.

New South Wales Premier Gladys Berejiklian has said at least 50 percent of the state’s population would need to be vaccinated for curbs to ease at the end of August.

Many people are wary of taking the AstraZeneca vaccine, the most plentiful of two vaccines approved in the country, because of a rare blood clotting issue.

Macau has launched a test programme for its 600,000 people after the Chinese-ruled city confirmed four new coronavirus cases on Tuesday, its government said. Forty-one nucleic acid testing stations across the city which will run non-stop for at least three days, it said. Appointments would not be required, it said.

Macau has registered only 59 coronavirus cases and recorded no deaths, according to Hong Kong government data.

First US city to order vaccines for restaurants, gyms

New York City will become the first major US city to require proof of Covid-19 vaccination at restaurants, gyms and other businesses, Mayor Bill de Blasio said on Tuesday, as the nation grapples with the rapidly spreading Delta variant.

The government and several states, along with some hospitals and universities, already require employees to get inoculated. New York City’s policy requires proof of at least one dose and will be enforced starting September 13. Like mask mandates and last year’s stay-at-home orders, the plan will likely meet stiff resistance.

Japan’s health minister on Wednesday signalled the government may consider rolling back a controversial new policy asking Covid-19 patients with less serious symptoms isolate at home rather than going to the hospital.

Kenji Shibuya, former director of the Institute for Population Health at King’s College London, said the hospitalisation policy would likely cause more deaths of home-care patients but reversing course would be tough since available beds were filling up fast.

He said the only other options would be to set up field hospitals or revise the Infectious Disease Law to give the government more authority to order large public hospitals to take more Covid-19 patients, a step it has rejected in the past.

Fully vaccinated people have an approximate 50 percent to 60 percent reduced risk of infection from the Delta coronavirus variant, including those who are asymptomatic, a large English coronavirus prevalence study found on Wednesday.

The study found that the link between infections and hospitalisations, which had previously weakened, had started to reconverge, which coincides with the spread of Delta among younger people who may not be fully vaccinated. Public Health England has said that Delta carries a higher risk of hospitalisation, though vaccines offer good protection against severe disease.