CITY NOTES: The universe goes back to normal 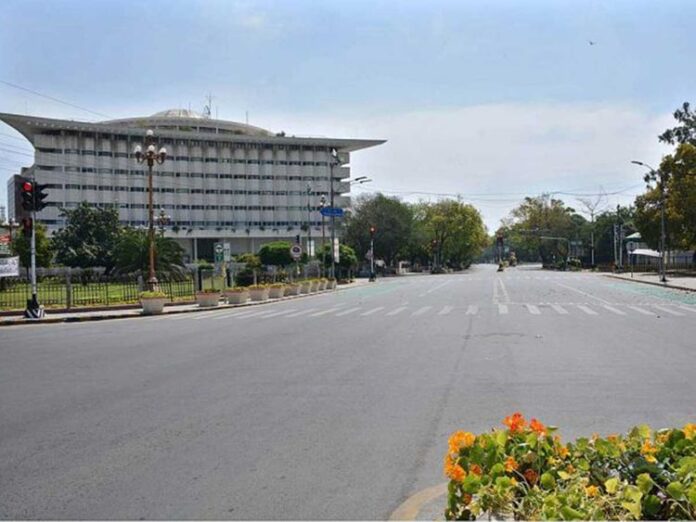 There’s been a lot of worry about the Indian having used software from Israel to hack an inordinate amount of telephones, including that of Prime Minister Imran Khan. I wonder whether Imran has consulted Ch Shujat Hussain about this, because he was faced with a similar problem years ago, but at home.

It seems that Ch Shujat’s sources told him that then-prime minister Benazir Bhutto had ordered that not only Ch Shujat’s phone be tapped, but that as soon as a call was complete, the tapes be rushed over to the PM. Ch Shujat was then in the opposition, and she apparently suspected Ch Shujat of being the key figure in any plan to sack her.

In the succeeding days, Ch Shujat’s friends and acquaintances, anyone who had given him their number, were awakened around dawn by Ch Shujat on the blower, anxious to discuss the iniquities of the PPP government. Obviously, Ch Shujat did not have much to say in approval, and the diatribe would very quickly descend to him swearing colourfully against Benazir. Now Ch Shujat was much younger than today, and his speech was clear as a bell. And a Jat of Gujrat knows how to swear at length, colourfully and eloquently.

Now all these diatribes were delivered post-haste to Benazir, which meant that not only were her days started earlier than she would have liked, but those early morning starts were to the sound of Ch Shujat sounding off about her in the crudest Punjabi that he could think of. This went on, they say, till Benazir rescinded the order, Ch Shujat was informed, and his circle could get their morning beauty sleep.

Ch Shujat has been a PPP ally, so Imran could probably do the same. Would that presage a time when he would be a Modi ally? I doubt it, because I don’t think his widow will ever get near succeeding him.

But then, these days, what would the Indian listeners hear except congratulatory yelps and celebratory whoops, as the victory in the AJK elections was followed by one in the Sialkot by-election? The wins provided a sort of reassurance that the universe still operates according to the laws of physics, that the party ruling in Islamabad still wins the AJK elections, and that the party ruling the province still wins the by-elections.

The PTI had actually put this to the test, by having Ali Amin Gandapur not just Kashmir Affairs Minister, but one ready to call Bhutto names. That the AJK result was safely delivered despite him, is a tribute to the men who ensure that patriotism always triumphs, and that treason is always defeated. Then there was the victory in Sialkot, which is probably what saved Usman Buzdar as Punjab chief minister. Now that is the sort of by-election result that has been traditional: an opposition seat which swings to the government.

There seem to be some convulsions about the murder of Noor Mukadam in Islamabad, but the killer, Zahir Jaffer, took one of the most privileged pleas possible: that he was an American citizen. He might have in mind the way how the US government put pressure on the government in the Raymond Davis case, and hoped against hope. He had planned to get back to the USA after the murder, but he was caught before he could fly off.

But he shouldn’t expect American support. I mean, Davis was white. His victims were Pakistani. But still, that case does hold out some hope. If Noor’s family can be persuaded to take blood money…

Of course, the murder will not be proved. There is no evidence of an old enmity, nor was Zahir heard to have given a lalkara, which is a detailed shout enumerating the reasons out loud. That the beheaded corpse, as well as the murder weapon, was recovered from his room, can be explained away by any clever mouthpiece. But not a lalkara. And let alone an old enmity, the two families seem to have been friends.

More generally, there seems to have been a flurry of worry over the delta variant of covid-19.It seems to be more infectious and more deadly. It reduced India to ruin. Well, we tried to make things easy for it during Eid. But the worst part is that it might make vaccines ineffective. That can’t be good.