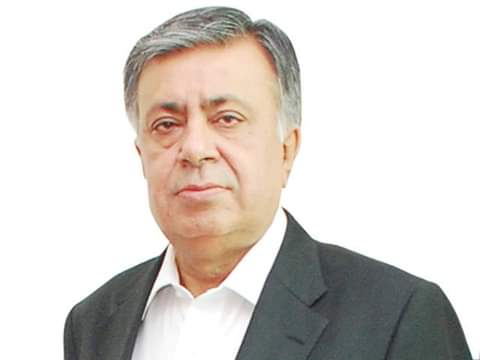 Arif Nizami is being rightly mourned as an upholder of press freedom, among the many other qualities he had. However, I remember vividly a Hamid Nizami Day function, held soon after the founding of The Nation, of which he was the Founding Editor. One of the speakers quoted Hamid Nizami as saying, “Merey qalam ki asmat meri maa behan ki izzat sey ziada aziz hai. (The sanctity of my pen is dearer to me than the honour of my mother or sister.)” That was the principle by which Hameed Nizami practiced journalism, and that was the standard that his son upheld. It is an exacting standard. It may seem idealistic, but it is actually practical, as it is the standard to which all readers hold a newspaper.

Though Arif Nizami had built a reputation in his own right, it is useful to think of him as Hamid Nizami’s son. It places him in the context of a tradition, and makes  him a successor to the first generation of Pakistani journalists, who had emerged from the Pakistan Movement. This is neither the time nor place to discuss how far that Movement was part of the larger Indian Independence Movement, but it should suffice to say that that first generation had to deal with building a nation, even though the government of that nation was growing more and more authoritarian.

It was at that function that I first heard the theory that Hamid Nizami’s fatal heart attack was caused by the pressure of dealing with the Ayub Martial Law. Is Arif Nizami’s death to be ascribed a similar cause? It is perhaps a coincidence that Hamid Nizami died when Ayub Khan had been in power for three years four months, while Imran Khan had been in office for three years 11months. However, it does not prove anything, because Arif Nizami had seen off direct military rule under Zia ul Haq and Pervez Musharraf.

However, it should be noted that both father and son died after trying to wrap their heads around new phenomena. Looking back, the Ayub takeover is seen as hackneyed almost, given a patina of respectability by time. Not only Ayub, but his sons have ended their political careers, and his grandson is a federal minister. However when it occurred, it was a tremendous shock, and for all sections of society. It created a template by which future coupmakers bound themselves, and as a result, has always bedeviled civil-military relations.

Arif Nizami was not one of a kind, but part of a tradition. When he was born, his father had already founded Nawa-i-Waqt, and already worked towards the creation of Pakistan, and perhaps most importantly, practising the kind of bold journalism that would mark Arif Nizami’s career. He himself played a key role in building Pakistan, in shaping not just the journalism that reflected it, but the society it had become. And perhaps most important in someone who carries forward an already founded tradition, has ensured that it will be carried forward, in the shape of his newspaper.

In the same way, Imran Khan is a new phenomenon. He and his PTI are on the same page with the military, it might be taking things too far to say that the PTI years caused Arif Nizami to pass away, but he did feel pressure, and while some wax nostalgic about the good old Ayub days, he looked back at the Zia and Musharraf Martial Laws with a certain regret. What he most missed was the certitude.

In those days, one could be sure about what would be slid over, and what would provoke displeasure. Now, one does not know. Journalists are expected to practice self-censorship, to know the sensibilities that must not be offended. Arif Nizami did not like that kind of journalism, for solid commercial reasons. A newspaper that does not establish its credibility among people will not be bought. Advertisers will not advertise in them. Much the same will happen to them as electronic media has already done worldwide: newspapers have been shutting down at an amazing rate, even though cost-cutting measures have been implemented across the board.

True, the government remains the single largest advertiser, but only where the government conflates itself with the state, can it use advertising as a weapon. However, the old methods of advertising skewing are no longer favoured. Now there are more direct methods applied, as journalists have been picked up and roughed up, roughed up at home, and publications have been stopped from entering certain neighbourhoods.

Perhaps it is not understood that press freedom isa wider issue that just the press itself. A functioning democracy needs a free press, because if the electorate is to make a free choice, it must be informed. It is perhaps interesting that this informative function is postulated for the press both in one-party systems and in Islam. Both require a free press to report abuses freely, so the government may redress those abuses. How a free press can be maintained in a system where all institutions are on the same page, is not known.

However, military rule is against press freedom, with that hoary old chestnut frequently brought up, the national interest. However, one result of interfering with press freedom is that the commercial viability of newspapers goes down. In one-party states, newspapers were only kepalive by state control in a state-controlled system. In the competitive capitalist economy, the only way is by establishing credibility, by convincing the reader that he needs to spend money on the newspaper. That it will give him value for money.

One consequence of press freedom, though by no means intentional, is that it causes embarrassment. In some cases, the embarrassment is misplaced. But in many, it is justified.  And it is the press through which this embarrassment is most widely circulated. In our culture, it is this reluctance to cause this embarrassment which causes them to go easy on a story. Arif Nizami was an exemplar in this, for he never left a story because it could cause embarrassment to a friend. It should be said that he was a man with many friends, among the high and mighty.

A problem with military regimes is that they have compulsions of their own, and they overreach themselves. They understand that newspapers are a mirror of society, and they demand that the newspapers reflect society not as it is, but as they would like it to be. Now newspapers are ordinary mirrors, and are not meant to fulfill attempts to make trick mirrors of them. Newspapers do not make facts up, though that is what they are too often accused of, by those who would prefer the reality was different.

Arif Nizami was not one of a kind, but part of a tradition. When he was born, his father had already founded Nawa-i-Waqt, and already worked towards the creation of Pakistan, and perhaps most importantly, practicing the kind of bold journalism that would mark Arif Nizami’s career. He himself played a key role in building Pakistan, in shaping not just the journalism that reflected it, but the society it had become. And perhaps most important in someone who carries forward an already founded tradition, has ensured that it will be carried forward, in the shape of his newspaper.