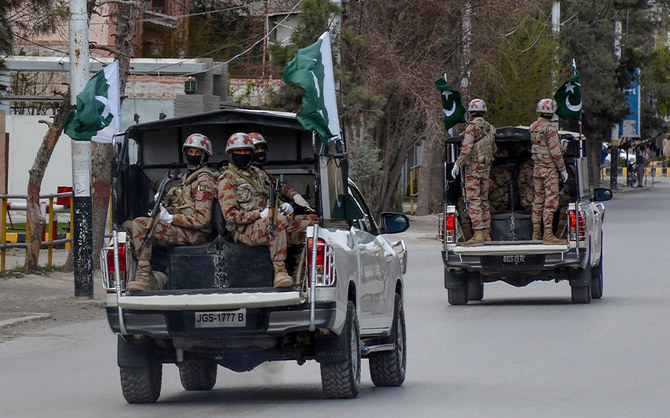 The overnight attack happened in the Pasni district, the Inter-Services Public Relations said.

It said a search operation was still underway to arrest those who orchestrated the bombing. “Such cowardly acts by inimical elements, backed by hostile intelligence agencies, cannot sabotage the hard-earned peace and prosperity in Balochistan.”

The dead were identified as Captain Affan Masood and Sepoy Babar Zaman.

The statement provided no further details and only said hostile intelligence forces were behind the violence.

On June 30, two soldiers were martyred in the Dwatoi district of North Waziristan, after militants opened fire from across the Afghanistan border.

Days earlier, on June 20, a soldier was martyred in another attack in Spinwam district. In May, militants ambushed and martyred four soldiers fencing the disputed border with Afghanistan in the southwest province of Balochistan.

Isolated militant attacks on troops and cross-border violence have intensified in recent months, raising fears the proscribed Afghanistan-based Tehreek-e-Taliban Pakistan was regrouping in the border region of the war-torn country.

The TTP is a separate insurgent group from the Afghan Taliban.