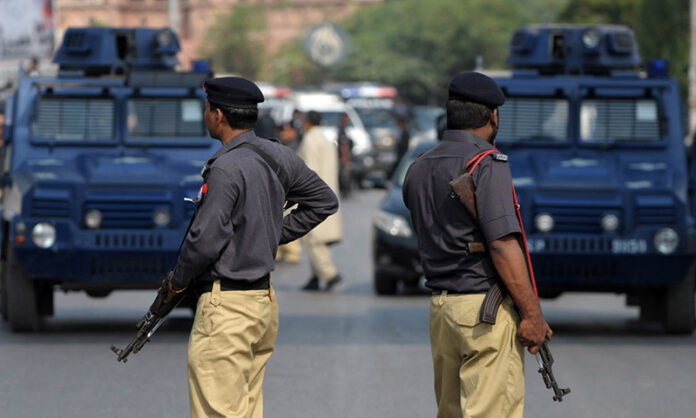 KARACHI: Four cops were arrested and booked on Monday in a case of fake police encounter in Sachal area of Karachi.

Earlier on Sunday, the encounter had caused injuries to two youngsters. The police had claimed to have injured two muggers in a police encounter near Sachal Goth area of the city.

However, an FIR, registered with the police under the attempt to murder charges on the complaint of a victim’s father, stated that 15-year-old Baitullah and 14-year-old Asif were injured after the police opened fire on them for not stopping during a snap checking.

“After sustaining bullet injuries, the police shifted them into their van and personnel present there tried to kill the students,” the FIR read as the injured are currently receiving medical treatment at Jinnah Postgraduate Medical Centre (JPMC).

The personnel, who are identified to be a part of the fake police encounter, are ASI Asghar Ali, Constables Sabir and Bahadur, and another cop Abdul Qadir.

The sources said that the SHO of the Sachal police station and the four cops continued to misguide the higher officials after the encounter and termed it a police encounter, besides labelling the students as muggers.

“The officials were not provided with the photos, video, or any other detail on the encounter,” they said, adding that the entire matter was busted when a divisional officer doubted and interrogated the matter.

The police said that they would record testimonies of the injured youngsters to bring further clarity in the matter.