The danger of the recession getting worse is still there 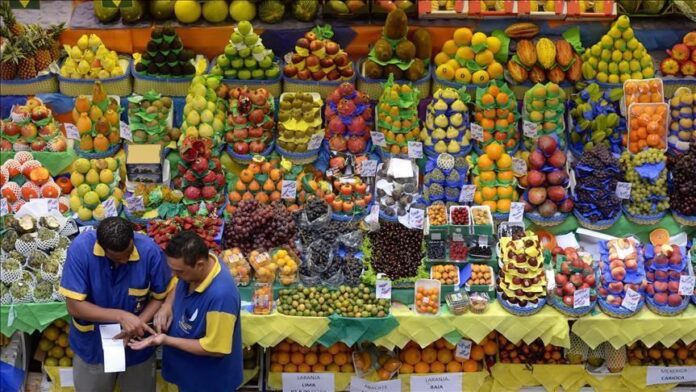 Let me start with two quotes that shed light on the significant rise in oil and food prices during the pandemic.

‘Brent crude was on course to settle at its highest level since the start of the pandemic, after Opec and its allies stuck with their plan to only gradually release more barrels into a strengthening oil market. The international oil benchmark rose almost 3 per cent to $71.34 a barrel on Tuesday as Opec+ producers led by Saudi Arabia and Russia said that while demand is recovering, there are still persistent uncertainties linked to the pandemic that stop them increasing output further.’ – Excerpt from Financial Times (FT) June 1, 2021, ‘Oil prices rally as Opec+ producers agree slow supply increase’ by Anjli Raval, and David Sheppard

‘The FAO Food Price Index (FFPI) averaged 127.1 points in May 2021, 5.8 points (4.8 percent) higher than in April and as much as 36.1 points (39.7 percent) above the same period last year. The May increase represented the biggest month-on-month gain since October 2010. It also marked the twelfth consecutive monthly rise in the value of the FFPI to its highest value since September 2011, bringing the Index only 7.6 percent below its peak value of 137.6 points registered in February 2011. The sharp increase in May reflected a surge in prices for oils, sugar and cereals along with firmer meat and dairy prices.’ – Excerpt from ‘World Food Situation’ report by Food and Agricultural Organization (FAO)

When the world was already suffering from the pandemic-caused recession, oil and food nationalism have led to increased rise in prices than otherwise it would have been. Oil supply constraints for ensuring prices higher than achieved on demand signal, and food hoarding, just like vaccine hoarding, have also highlighted policies over-doing appeasing local voter-bases, and also ensuring higher profits/export earnings. In doing so, what has suffered perhaps is confidence of low-income countries in the concern and care of high-income countries towards them, since this has put additional burdens on current accounts and worsened external debt position, since many of these low-income countries have a high level of dependence on imports of oil and food commodities, including agricultural commodities.

Countries practicing vaccine, oil and food nationalism should also revisit their these policies, because in the eventuality of a ‘debt pandemic’ the whole global financial system will be at a risk of multiple countries ending up defaulting on their debt repayments.

For this reason, it is important that the import-related inflationary pressures on the domestic economy are curtailed by the government by using a certain portion of foreign currency reserves for this purpose, so as to slightly over-value the rupee against the dollar. Pakistan, being in an International Monetary Fund (IMF) programme, should bring the IMF to the table with regard to this, pointing out to them, in turn, that pandemic-caused recessionary pressures have already affected people badly in terms of rising unemployment, income inequality and poverty, and therefore it makes it necessary to provide some cushion against imported inflationary pressures; given also, due to vaccine inequality, that high-income countries have a much higher inoculation and recovery rate than low-income countries.

In addition, the government should provide much improved governance and incentive structures to farmers, so that the imported commodities are produced more and more locally. At the same time, reliance on oil also needs to be reduced through a faster shift towards renewable sources of energy, primarily due to the negative impact of burning fossil fuels in terms of rising global warming, and also so as to lessen the pressures on import payments, and in turn the current account.

Moreover, as indicated above, it is no ordinary price rise of food globally, and at a time when most countries, including Pakistan, have provided significant stimulus. Running current account deficits during the pandemic will be all the more difficult for low-income countries, given lack of global demand for exports overall due to recessionary conditions, and also because taking on external debt to build up deficit gap will not be easy, as many low-income countries already have difficult debt positions.

This may not be good for the global economy as well, and that is why countries practicing vaccine, oil and food nationalism should also revisit their these policies, because in the eventuality of a ‘debt pandemic’ the whole global financial system will be at a risk of multiple countries ending up defaulting on their debt repayments.

With regard to intensity of rise in food prices, where Pakistan is also an importer of many essential food/agricultural commodities, a recent FT article ‘Global food prices post biggest jump in decade’ by Emiko Terazono pointed out ‘Global food prices have surged by the biggest margin in a decade, as one closely watched index jumped 40 per cent in May, heightening fears that the inflation initially stoked by pandemic disruption was accelerating. The year-on-year rise in the UN Food and Agriculture Organization’s monthly index was the largest jump since 2011, as commodity prices surged. The higher inflation will hit poorer countries reliant on imports for staple goods. …The increases will severely impact countries that depend on overseas producers for their staples. In West Africa, the price of staples are up 40 per cent over a five-year average, with countries such as Nigeria, experiencing food inflation of 23 per cent, the highest level in 15 years, according to the UN World Food Programme. …Countries such as Syria and Sudan are also struggling with food inflation of more than 200 per cent, the WFP said.’