A dose of Antepar needed? 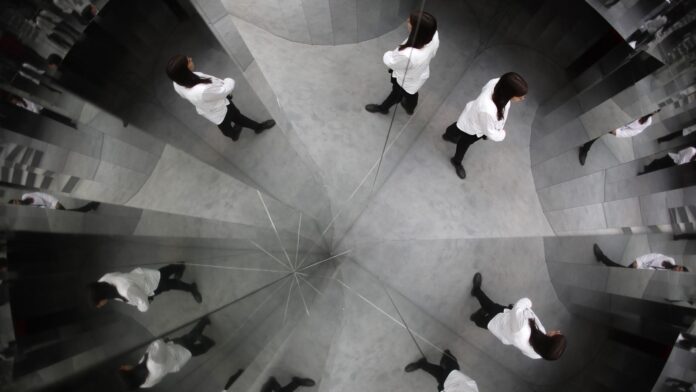 The year was 2015, lists were being prepared for the promotion of the bureaucrats. Merit was being compromised for loyalty. A Grade 20 Joint Secretary was bypassed, in protest he not only took early retirement but decided to prepare a list of the officers who had jumped the queue and in return had sold their souls to the rulers. As leader of the opposition, Syed Khursheed Shah lodged a strong protest on the floor of the National Assembly.

The list was also discussed in the Core Committee meeting of the PTI (Pakistan Tehreek-e-Insaf). The electables prevailed, as for them it was business as usual, but for a party that stood for change it has proven to be lethal.

Without major detoxification of the bureaucrats, change cannot be delivered as their soul is not with them. All loyalty-driven promotions since 2008 in Sindh, Punjab and the Centre need to be investigated and reversed to achieve neutrality of this important pillar of governance.

With its long stints in government, the PML(N) continues to remain in power through its

be open-minded and neutral, which they are not. Merit must prevail for a meritorious

outcome otherwise it will be business as usual. Detoxification is the way

As a child I remember that deworming was the most traumatic experience. There was only one distasteful medication available, called ” Antepar “. It was a single dose of about 20 ml of the world’s most abnoxious liquid which I had to gulp to get rid of the worms in my stomach. Though it was effective yet it was not easy to drink as every drop tasted like cyanide. My father insisted that all the boys should go through this exercise at least once a year. In the later years, I was told that much better tasting options were introduced in the market that were more palatable. As it was a black and white world in those days, inputs and output was clearly balanced. Those who ate and lived well were required to perform at that level, slackness was not permissible. I went to a private English-medium school on the Mall not too far from where we lived. When my old man dropped me there, he made it very clear that I had to pass every class on merit, otherwise he would send me to a less exclusive government school. I am sure the same sermon must have been repeated to my other siblings as all five of us completed our degrees which included foreign education as well.

Consumption without performance is a receipe for disaster that has been ongoing in the land of the pure since July 1977 when the third usurper took control of the country after dislodging the elected government of Zulfiqar Ali Bhutto (ZAB). There was an era when all civil servants showed up for work on time. The gates of the Secretariat were shut 15 minutes after the arrival time.

Senior officers holding important positions had a one-room office in their official residences for purpose of co-ordination, all offical work was carried out in the designated offices only. There was no duplication or wastage of resources. Now empires have been built within the residences of the Chief Secretary, Commissioners and Deputy Commissioners which must be shut down to bring the focus back. Even the Prime Minister has a separate secretariat and residence, only the Presidency is all inclusive. Dr Arif Alvi enjoys this unique privilege of staying and working in the same building, and no one else should enjoy this luxury at state expense as it is counter-productive.

It is a fact that the Royal Colonial Bureaucracy enjoys widespread powers with almost no accountability as such, though their neutrality is vital for the state to function. If bonds of common loyalty are established between the unscrupulous politicians and the bureaucrats who manage the paperwork, the ultimate losers are the people. There is a famous Punjabi saying which warns of the danger in case the watchdog befriends the thieves (kutti ral gai choran nal). There are similar English proverbs as well; like ‘fox guarding the henhouse’ or ‘bull in a china shop’. While the bulls continue to stampede us, there is no one to stop them. The loyalty chain runs deep. The courts, prosecution, law enforcement, dare not come in the way. In the end there is a mass cover-up, the ruins of the china shop do not provide strong enough proof that can lead to conviction of the corrupt. It is on record that the PML(N) never lost a by-election while in power, but now it continues to prevail while it is not running the government.

In the 1988 elections Pakistan People’s Party (PPP) under the leadership of of Benazir Bhutto prevailed, yet it lost all its vacated seats to the IJI in the by-elections. This ‘magic spell’ of the PML(N) in the largest province of the country has to be neutralized for normalcy to return. With his governance experience in KP, Kaptaan brought his confidant bureaucrats from there to run his Secretariat in Islamabad. The move has been counterproductive. Despite the same party being in power at the Centre and Punjab, serious governance voids exist. Co-ordination remains a big challenge. While able bureacrats from KP are now running the PM Secretariat and may be trying their best, they have not been able to streamline the working of the bureaucracy in the country. In the end they have to cut a sorry figure.

Recently the Rawalpindi Ring Road and the Jahangir Khan Tareen (JKT) case is in the news, evidently both have been mishandled. Pakistan has a history of Ring Road scandals. The Lahore Ring Road is a prime example of manipulative realignments to serve vested interests. I am sure if all the route revisions are published, the Rawalpindi route infringements would be easily understood. The ‘Chakri Loop’ on the M-2 Motorway is another disaster. It has not only increased the distance between Lahore and Islamabad by over 100 Kilometers, its gradient is unmanageable and deadly for heavy vehicles that suffer regular brake failures. Realignment of M-2 is urgently needed to get rid of this detour that has been costly for the travellers. Islamabad is a strange place where all misdeeds are recorded to be used at the appropriate time, but there is never a proactive intervention to stop the disorderly act. The JKT case falls in this category, where the empire decided to attack back after the beans had already been spilt.

While my friend Dr Ishrat Hussain continues to work on long-term reforms in the bureaucracy, the detoxification has to be done right away. It may not taste that good but with my childhood experience of deworming, I am sure it is worth the effort as it will significantly improve their health. Only a merit-driven, neutral administrative set-up can deliver good governance.

With its long stints in government, the PML(N) continues to remain in power through its influence in the bureaucracy. For change to take place, the bureaucrats have to be open-minded and neutral, which they are not. Merit must prevail for a meritorious outcome otherwise it will be business as usual. Detoxification is the way forward.