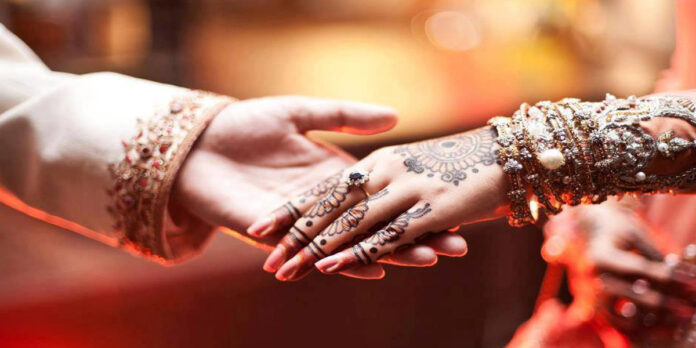 Muttahida Majlis-e-Amal (MMA) MPA Syed Abdul Rasheed on Wednesday submitted a draft law to the Sindh Assembly, which would make marriage compulsory for people aged 18 and impose fines on parents, who do not comply.

The draft of “The Sindh Compulsory Marriage Act, 2021” recommends that the parents of an adult, who is not being married off after turning 18, will have to submit an affidavit with reasons of delay before the deputy commissioner of the concerned district.

It also recommends fines of Rs500 for parents who fail to submit the undertaking.

The lawmaker said that he hope that all the Sindh Assembly members would play their role to get the bill approved for the betterment of the youth of the province.

He said that societal ills, child rapes, immoral activities and crimes are rising in the country and in order to control all of this, according to Islamic teachings, Muslim youth have been given the right to marry after attaining puberty or 18 years of age. He further said that the guardians or parents have the responsibility to get their children married at the right age.

In the province, the Sindh Child Marriage Restraint Act was passed in 2014 to ban marriages for boys or girls before the age of 18 and make it a punishable offence.

LAHORE: The English Literary Society (ELS) of the University of the Punjab will conduct interviews for three positions in its marketing team on Monday. The...
Read more
CITY

ISLAMABAD: The Capital Development Authority has decided to acquire 20 additional blue and green line buses in one week to facilitate residents of Bharaku...
Read more
- Advertisment -