We must learn to live within our means 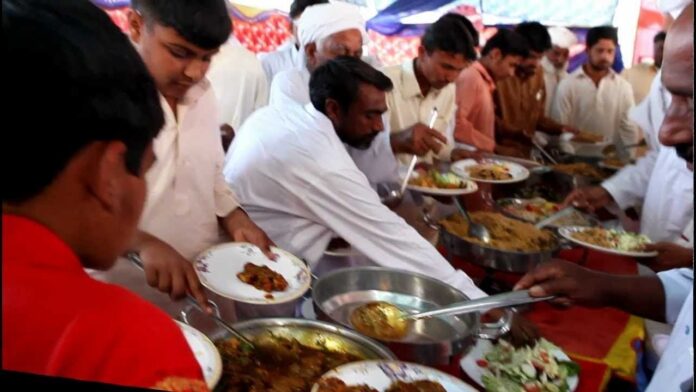 The concepts of Khana (Skimming) and Lagana (Spending) have to be understood for honest decision making. Skimming of public funds is a cardinal sin as it seriously effects investment decisions. Project selection based on kickbacks or KB (Khan Bahadur of Raj days) result in disastrous consequences.

The Orange Train project of Lahore is a prime example of such flawed approach. The annual interest payments to be made till 2036, amount to Rs 6.28 billion, then there are overheads including electricity bills. The three Punjab Metro Buses (Lahore, Islamabad, Multan) are highly subsidized mainly because of high fuel costs. By contrast the Peshawar Metro despite technology glitches of Electric Vehicles (EV) is self-sustainable. Lahore had a functional public transport system called LOS (Lahore Omnibus Service) that was modeled after the London bus system. Then came the process of Khana and Lagana, and the entire network was dismantled. The properties and assets of LOS were squandered. One such property is located on Ferozepur Road in Garden Town, which was advertised as a direct foreign investment during the Chief Ministership of Chaudhry Pervaiz Elahi but was then stopped by Shahbaz Sharif. It now stands abandoned with a huge unsafe dug up area. Remember, KBs are not transferable.

My late father, the honest businessman and entrepreneur, always talked about clean book-keeping, and the concepts of bebarkati (lack of prosperity), beghairati (dishonourableness), besharmi (shamelessness) and muftbari (freeloading). I must admit that I tried all the juvenile tricks of dishonesty to skim off change for my small needs to satisfy my taste buds for sizzling Kebabs, spicy Channa Chat, Kulfi and so on.

He would always check the expenses and balance the allocated amount. Even fudged receipts were carefully checked and corrected if need be. Once the account was settled, he would then reward me for my efforts with a small token amount to cover my childhood worldly distractions. He was a kind man but when it came to spending money, budgetary discipline had to be followed. As Secretary Finance of Ludhiana Muslim League he narrated stories how he carefully managed party funds and kept the record updated. How he released funds against indents to the party workers, which were all documented.

Public money is sacred and must be handled with utmost care. There is no room for Khana or muftbari. Once bebarkati sets in, spending becomes disorderly. Since 1985, hardly any project has been completed without cost escalation.

This approach of ‘Khana aur Lagana‘ will get us nowhere. We must open our eyes and watch the broader picture to come out of this spell of bebarkati cast upon us by the neghairat, besharam, beizzat, muftbars, luteras and thugs who have been at the helm for the last 40 years. No more ‘Khana‘ only ‘Lagana‘ after all it is public money only to be spent on their welfare.

The prime examples being the new Islamabad Airport and the Neelum Jhelum Hydropower Project in AJK. Most IPP (Independent Power Producers) and the LNG (Liquefied Natural Gas) deals were done on very unfavorable terms resulting in circular debt as the costs are beyond the reach of the common man. The Nandipur Power Project produces electricity at the cost of Rs 45 per unit, perhaps the highest in the world. Instead of going after the muftbars of the two previous governments, references were filed against Engr M.B.Ahmad (Late) who as CEO of PEPCO blew the whistle against the ministers invloved in corruption and kickbacks. Finally they are now being investigated for assets beyond means, and one of them is in custody.

This culture of ‘qeema naan ‘ is a direct result of this ‘Khana Approach ‘ perfected bythe PML(N). The net result is mufbari, and be-izzati (disgrace) for the workers. The way food is attacked after political gatherings is inhuman and disgraceful. As an emerging democracy, Pakistan was relatively clean till 1958. Political leadership and the bureaucracy consisted of honest and able individuals who tried their best by living within means and protecting state resources. There was no question of ‘ khana ‘, the few who tried were marked and then sidelined. The country was debt-free, and though the progress was slow it was on solid foundations of internal revenue generation. The dictator then decided on a loan-based fast-track growth model. Favourites were doled out loans on easy terms as if it was free money. ‘Khana‘ was built in with ‘Lagana‘.

Honest businessmen like my father were delibrately kept out. Over- and under-invoicing, together with tax evasion and loan write-offs resulted in concentration of wealth into a few hands, mostly those who practised the art of ‘Khana aur Lagana‘ benefitted. Another approach was introduced which has continued till today, in Punjabi it is called; “Kha Vand Kay” (Share the loot). Today nothing moves in the land of the pure without the supporting wheels of Quaid-e-Azam, and the principle being followed is “No Gain no Pain”.

Thank God the Prime Minister has finally decided to lessen the pain of the suffering masses instead of the rulers as has been the case. Currently the Foreign Office and our missions abroad are under scrutiny. Today the major chunk of the budget is consumed by interest payments. After defence expenditure there is nothing left for development. Additional borrowing followed by ‘khana‘ further sinks the economy. This vicious cycle has to be reversed.

Money must be earned before it is consumed. In the year 2000, I was involved in preparing a Shadow Budget in which the earnings and expenses were balanced. Budgets must be carefully prepared and then religiously followed, it was a lesson I learnt early in life, thanks to my father the Tehreek-e-Pakistan Gold Medalist. As Secretary Finance of Ludhiana Muslim League he kept the books updated.

Today all the three main stream political parties (PTI, PML-N, PPP) are under scrutiny due to lack of records and book-keeping of their finances. The only difference being that in case of the PTI the complainant is an ex-party office holder, otherwise all of them are in trouble mainly due to serious allegations of khana.

Nations are built through honesty of purpose and clear direction. The phenomenal growth of China is a prime example of this approach. Austerity, simplicity and living within means is the way forward. This approach of ‘Khana aur Lagana‘ will get us nowhere. We must open our eyes and watch the broader picture to come out of this spell of bebarkati cast upon us by the neghairat, besharam, beizzat, muftbars, luteras and thugs who have been at the helm for the last 40 years. No more ‘Khana‘ only ‘Lagana‘. After all, it is public money only to be spent on their welfare.