Karachi records highest night temperature in May since 2015 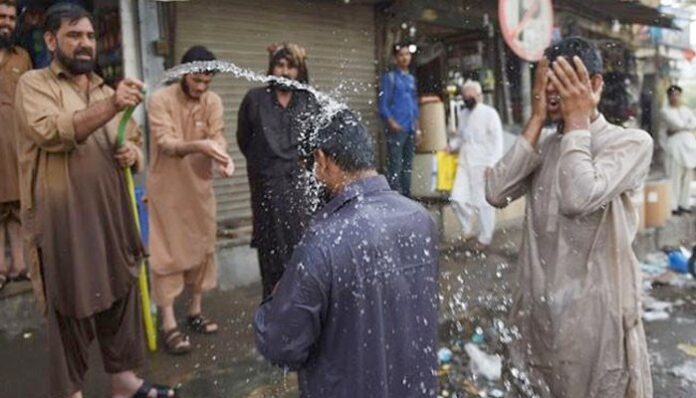 KARACHI: A high of 43.5 degrees Celsius was recorded in Karachi on Monday, with a prediction by the Chief Meteorological Officer, Sardar Sarfraz, of Tuesday’s temperature ranging between 40 and 42 degrees celsius as well, owing to the suspension of sea breeze resulting from the tropical cyclone Tauktae.

He noted that the intensity of this brief heatwave was such that, even after sunset, the temperature remained at 40°C and that the night between Sunday and Monday was recorded as the second hottest in the history of Pakistan, with the minimum temperature at 32.5°C.

“The night on May 8, 2015 was the hottest night on record with 34°C,” said Sarfraz, claiming that the next two nights in the city are likely to remain hot as well. With the resumption of the sea breeze, he said that the weather can be expected to normalise as per May’s standards on Wednesday, even though the maximum temperature can still reach upto 38°C on that day.

However, during the next 36 hours, a few moderate to heavy falls and gusty winds of 40-60 kmph are likely to occur in Tharparkar and Umerkot districts, and at isolated places in Badin and Sanghar districts, due to the influence of cyclone, dust storms, thunderstorms, and rains.

In Karachi, Hyderabad, Shaheed Benazirabad, Badin, Mirpurkhas, Tando Allahyar, and Thatta districts hot and dry weather with gusty winds is likely to continue until the evening.

These gusty winds may affect the fruit orchards in the above-mentioned districts. Fishermen of Sindh are also advised to suspend their activities until Wednesday as sea conditions will remain rough to very rough.

KARACHI: Four cops were arrested and booked on Monday in a case of fake police encounter in Sachal area of Karachi. Earlier on Sunday, the encounter...
Read more
KARACHI

KARACHI: As Covid-19 cases decline in the province, the Sindh government announced easing of restrictions, with primary schools opening on June 21. The decision was taken...
Read more
- Advertisment -