Can Israel blast Gaza and still make friends in the Gulf? 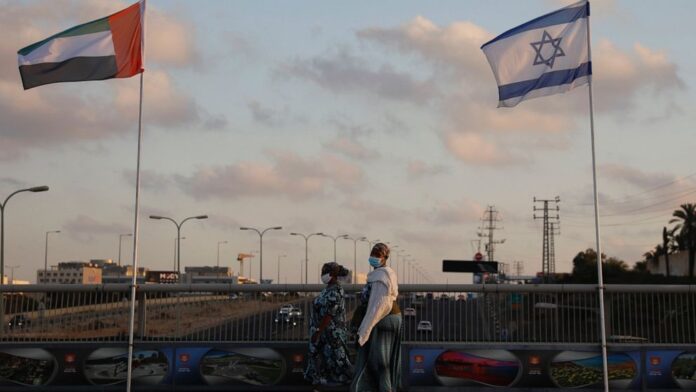 GAZA: Scenes of devastation in Gaza are likely to make it harder for Israel to win its biggest diplomatic prize: recognition by Saudi Arabia. But so far, the other rich Gulf states that invested in opening ties with Israel last year are showing no public sign of second thoughts.

Arab officials have come together to condemn what they describe as flagrant Israeli violations during the past two weeks, from Israeli police action around Jerusalem’s al-Aqsa Mosque to deadly airstrikes on the Gaza Strip.

But in the United Arab Emirates (UAE), which along with Bahrain recognised Israel last year under the US-backed “Abraham Accords”, official criticism of Israel now often comes balanced with popular expression of hard words for the other side.

In some cases in the UAE, which has long denounced religious political movements, condemnation of the Hamas fighters who control Gaza even echoes Israeli talking points.

“Hamas launches rockets from within civilian neighbourhoods and when the response comes Hamas cries ‘where are the Arabs and Muslims’? You have made Gaza a graveyard for the innocent and children,” Waseem Yousef, a Muslim preacher in the UAE, tweeted to his 1.6 million followers on Twitter.

In a country where social media is closely monitored by the authorities, another Emirati, Munther al-Shehhi, tweeted: “I will not stand by or empathise with any terrorist group such as Hamas in support of any cause, even if it is packaged as humanitarian or religious. #No To Terrorism.”

A social media hashtag has even begun circulating among some Gulf Arabs, which reads “#Palestine Is Not My Cause”.

So far, such sentiment does not seem to have made inroads too deeply into Saudi Arabia. The biggest, richest and most powerful of the Gulf monarchies is widely presumed to have given its tacit blessing to last year’s decision by neighbours Bahrain and the UAE to embrace Israeli ties. But it held back from recognising Israel itself, and now appears far less likely to do so, at least in the medium term.

Many Saudis have responded to the “Not My Cause” hashtag by posting pictures of King Salman, with his quote: “The Palestinian cause is our first cause”.

On May 13, Saudi television aired footage of a cleric in Mecca praying for Palestinian victory against “the enemy of God”, less than year after the kingdom’s leading imam discouraged rhetoric against Jews following the September accords.

It would now be “inconceivable” that the Saudi leadership could contemplate normalising ties with Israel for at least a couple of years, said Neil Quilliam, associate fellow at Britain’s Chatham House think tank.

Last year’s decisions by the UAE and Bahrain, followed by Sudan and Morocco, to recognise Israel were denounced by the Palestinians as abandoning a unified position under which Arab states would make peace only if Israel gave up occupied land.

The UAE and Bahrain argued that their agreements would ultimately benefit the Palestinians, including because Israel had promised to abandon plans to annex West Bank territory.

Abdulrahman al-Towajry, 29, a Saudi national visiting a Riyadh shopping mall, said the countries that had made peace should “really reconsider it” as Israel could not be “trusted to abide by promises”.

“There is strength in unity so if Arab and Muslim countries unite, the conflict would end. It could have ended a long time ago if they had,” he told Reuters.

But the Emiratis and others probably have too much invested in the policy to change course abruptly now.

The agreements have propelled tourism, investment, and cooperation in fields from energy to technology. A UAE investment fund has plans to purchase a stake in an Israeli gas field and Dubai’s port operator is bidding for Haifa Port.

“The Abraham Accords are an irreversible process,” said prominent Emirati commentator Abdulkhaleq Abdulla. “It was very clear that it was in keeping with the UAE’s national priorities and strategic interests so there is no going back.”