The snob’s guide to poetry and life

Your ticket to the elite club 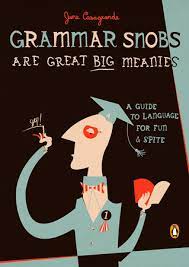 Are you a rebel who is unhappy with a society shackled with outdated traditions and beliefs? Are you somebody who would not touch with a barge pole anything that is not modern? Are you itching to change things without having any idea what things you have in mind and how you will go about changing them? Are you desperate for the whole world to hear the drumbeat of your war on the unjust world? Are you having difficulty in sounding as sensitive and enlightened as you no doubt are?

Worry no longer, for help is at hand. Here is a tried-and-tested, one-point plan to achieve all this and more. Just memorize the titles of some free-verse poems, and make sure to drop, from time to time, references to them in the company that matters. There is no quicker (and more assured) entry into the elite club.

That is essentially all there is to it. As for the details, it is imperative never to show any enthusiasm for ghazals or structured poems – these obsolete things deserve nothing but contempt. In addition to being embarrassingly old-fashioned, these traditional forms present many practical difficulties. For example, everybody notices when you forget their lines. For you invariably make a mess of them or miss out much of their narrative. Not so in free verse, which you cannot possibly make any more unintelligible by misquoting it than it already is. Nobody notices and nobody cares. Hardly anybody is listening. Sure, they are all smiling and nodding in agreement when you quote the immortal lines – but what else can they do? Any other reaction would be tantamount to not belonging to the club, which is not an option.

As for the details, it is imperative never to show any enthusiasm for ghazals or structured poems – these obsolete things deserve nothing but contempt. In addition to being embarrassingly old-fashioned, these traditional forms present many practical difficulties. For example, everybody notices when you forget their lines. For you invariably make a mess of them or miss out much of their narrative.

Where traditional poetry, dragged down by metre, rhyme and rhythm, is almost medieval; free verse is the epitome of progressiveness. Could there be a more symbolic way to rebel against the constraints of life than by rejecting the rules of poetry? Whoever needs the norms of expression when one can say whatever one feels like saying, just as one can dispense with the fetters of tradition to live a life of complete freedom.

While any free verse ought to do the job, the freer the better. And when especially pressed for time, there is nothing like Noon Meem Rashid – the last three words in poetic sensibility. Noon Meem has many more things going for him than your average free-verse poet. The Foucault-like perfect bald head is itself an unmistakable symbol of enlightenment. He also deserves credit for his foresight when he used initials for his first and middle names. Rashid is our answer to the D.H. Lawrences and the T.S. Eliots of the world. There can hardly be any doubt that ‘Nazar Muhammad Rashid’ would not have carried a fraction of the charm and impact that ‘Noon Meem Rashid’ brings.

You can make Noon Meem mean anything of your liking without being found out as one who does not know what he is talking about. Even if somebody decides to verify your account by referring to the original text (a highly unlikely event), he will have no chance in hell to know what that says. You are safe any which way, so give free rein to your imagination. It used to be that readers were amazed to discover a thought in their own bosoms when they read traditional poets (‘Mai ne ye jaanaa ke goya ye bhi mere dil mein hai,’ etc.) In free verse, it is the reverse: the poet gets to know what he meant when his readers extract unprecedented wisdom out of his word salad.

A singular benefit of appreciating free verse is that you can instantly graduate from enthusiast to poet whenever circumstances call for such a transition. Free verse gives you the freedom to declare war on the status quo without having the gift of rhyme and rhythm and without knowing the first thing about metre. All you need is pen, paper, and a fertile mind and you are good to go. This is not possible with regular poetry, where being born a rebel is not enough. Free verse is so democratic and liberating!

Free verse has more to offer. As a tool it is ideally suited to the modern world and its challenges. It lends itself equally to articulation of everyday problems of life as well as giving expression to the more abstract and profound thoughts – you can enquire about the retail price of potatoes, wonder where the hell are your eye-glasses, lament the state of the moth-eaten society – all in one poem – and still leave scope for your readers to discover the various other meanings that never as much as crossed your mind.