For less than two happy meals 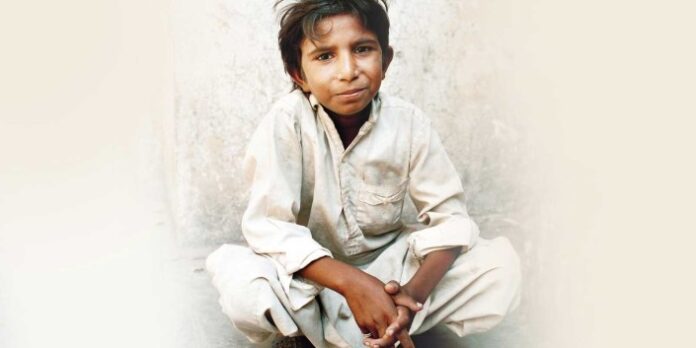 For a while there was a furore about the carpet-making industry in Pakistan and how children were forced to work cruel hours at the loom. They have small hands, you see, and those little hands can make more knots per square inch. But then other things happened and we forgot. As we do. Let this remind you.

Muridke is a city near Lahore. It is the hometown of six world-class cricket players and it was home also to one little boy called Iqbal Masih, Muridke’s most heroic son.

Iqbal was born in 1983 to poor Christian parents, which in Pakistan counts as a double whammy.

Let us never forget Iqbal Masih, who was shot in April 16years ago when he was just 12. Never forget the horrendous life that child led, and his courage in speaking out against his slavers.

When he was four years old, Iqbal’s parents borrowed Rs 600 from a man who owned a carpet weaving business. That’s Rs  600, which was less than $12 at the time and is under $4 at today’s rates and less than the cost of two happy meals at a McDonald’s in Pakistan.

To pay off this unhappy debt Iqbal became a bonded labourer. At the age of four, an age when our children are enjoying Chinnoy’s 3 Bahadurs, or are thrilled by the antics of Sponge Bob Square Pants, Iqbal was chained fast to a loom and made to work.

At the time there were no laws against debt bondage in the land of the pure. That law came about thanks to Ehsan Ullah Khan who belongs to Gwadar and was born the year Pakistan came into being. It was he who mobilized workers for the cause, and that was when the Supreme Court of Pakistan declared bonded labour illegal in 1989, 43 years after the birth of the nation. Ehsan Ullah’s role in this story does not end here.

Iqbal had by then been working for two years. He learnt about this law when he was ten years old– a testimony to the cruelty of the life he led that he took note of that law, understood it, and related it to his own condition. That was when he escaped his slavers and went, poor child, to the local police station, little realising his mistake.

The police returned the boy to his slavers who treated him even worse than before. Iqbal escaped again and joined a school run by the Bonded Labour Liberation Fund (an Indian NGO with a branch in Pakistan) for children like him. He wanted to become a lawyer to help free other children in his position. In the meantime Ehsan Ullah helped him to travel around the world where this small child spoke against bonded labour and the urgent need to help other child slaves.

When he was 12, Iqbal Masih was shot and killed in Muridke. It has never been proven who his murders were although there were many allegations.

What was your child doing when he or she was 12?

An entire country of adults has failed to bring the issue of bonded labour to the forefront in Pakistan with notable exceptions such as Asma Jehangir, who championed the cause of bonded slaves, both women and children, and many other such causes.

Bonded labour still thrives in Pakistan. According to a report by the Bureau of International Labour Affairs Pakistan made some efforts to eliminate the worst kind of child labour in Pakistan in 2019 by means of some Acts that were passed by the National and Provincial Assemblies.

Nevertheless, children in Pakistan are (still) engaged in the worst forms of child labor, including in commercial sexual exploitation and domestic work. Children also engage in forced labour in brick kilns and agriculture. The federal government and Balochistan Province have not established a minimum age for work or hazardous work in compliance with international standards. In addition, provincial labour inspectorates do not receive sufficient resources to adequately enforce laws prohibiting child labor, and the federal and provincial governments fail to publish data on their efforts, or to enforce criminal or labour laws related to child labor. Further, police corruption, particularly the taking of bribes from suspected perpetrators to ignore child labor crimes and lack of willingness to conduct investigations hindered Pakistan’s ability to address the problem throughout the country.

69.4 percent of these children are employed in agriculture, 10.9 percent in Industry, and 19.7 percent in ‘services’, which includes domestic work, hotels, restaurants, gas stations and automobile repair. The rest work at scavenging, sorting garbage, recycling, begging and street vending.

Do we know that children bonded to carpet weaving continues today in Pakistan? It is classified as the worst form of forced child labour and is often a result of human trafficking. The list of worst forms of child labour includes forced labour in agriculture, brickmaking, and coal mining. That is by no means all. Children are also exploited in the production of pornography and sex, and used in armed conflict by non-state armed groups. They are also used in other illicit activities such as producing drugs.

These children are subject to the worst kind of physical abuse, aside from being enslaved.

Let us never forget Iqbal Masih, who was shot in April 16years ago when he was just 12. Never forget the horrendous life that child led, and his courage in speaking out against his slavers.

Let us not forget the people who helped him.

Until these matters are resolved, can Pakistan ever be proud of itself?