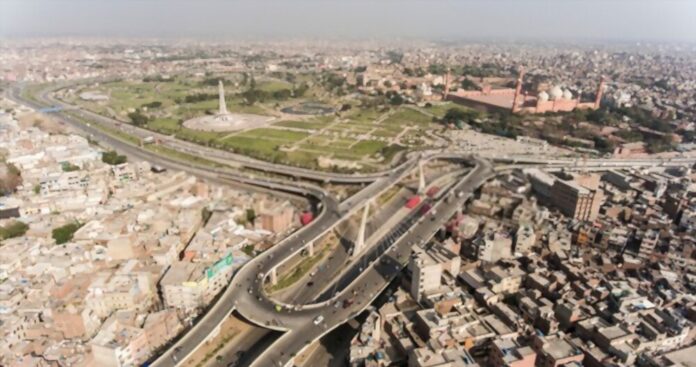 LAHORE: As Punjab grapples with a third coronavirus peak, the provincial government placed Lahore under a general lockdown for two days — Saturday (today) and Sunday.

The restrictions, the district administration said, will not be applicable to the industry operating under government-devised health guidelines.

The provincial capital witnessed 14,000 news cases during the last seven days, out of which 226 people died. In the last 24 hours, Punjab registered 90 deaths due to coronavirus-related complications, raising total casualties to 8,500.

Meanwhile, there were 3,587 new recoveries recorded, leaving 247,050 fully recovered, and 47,632 active cases of the contagion disease.

Lahore administration on Friday urged the people to wear face masks and ensure social distancing protocols to avert the further spread of the disease. “It will be a general lockdown as the entire retail and other sectors, except the industry, will remain closed on Saturday and Sunday,” Lahore Commissioner Capt. (r) Muhammad Usman told a private publication.

“Only a few retail outlets such as petrol pumps, milk, vegetable, fruit, meat shops, and pharmacies are exempted from this move. We can call Saturday and Sunday as closed days.”

“Even mohalla [street-level] shops are not allowed to open on Saturday and Sunday and people are required to better stay indoors instead of going outside unnecessarily,” he advised.

The entire intercity and interprovincial transport would also remain suspended, the commissioner said.

Usman expressed fear that the public gatherings on major events including Youm-i-Ali, Yaum-ul-Quds, and Jummatul Wida may increase the number of Covid-19 patients. “That is why we are taking measures such as lockdowns to stop the further spread.”

The total number of critical patients on ventilators in Pakistan rose to 5,360, about 57 percent higher than the peak time of the disease in June last year, National Command and Operation Centre (NCOC) chief Asad Umar said Friday.

Despite the spike in the disease and critical cases, the healthcare system has managed to cope with the situation by proactively building the capacity of the entire system from oxygen production to beds, he added.

The minister said that despite having more than 2,000 additional Covid-19 patients on oxygen compared to last June peak, the tight oxygen supply situation that was seen last year had not been created now.

Continuing to build capacity, he said the NCOC decided to import 6,000 tons of oxygen, 5,000 cylinders, and 20 cryogenic tanks.

LAHORE: The Punjab government on Wednesday directed all colleges, both public and private, to shut down campuses from Thursday until the Eid holidays. The notification...
Read more
LAHORE

LAHORE: A curfew could be imposed in Lahore within days unless people follow the guidelines on social gatherings, the district administration has said. “If the situation...
Read more
- Advertisment -