The process is Flawed

The post of Principal Secretary to PM is crucial 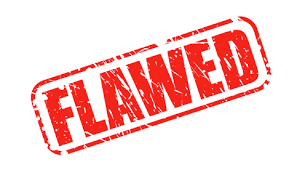 Despite best intentions, if results are not being achieved, it is a clear indication that the process is flawed. Today Pakistan faces a serious crisis of management, not leadership. Perhaps after Zulfiqar Ali Bhutto, Imran Khan is the most popular leader of the country. Leaders do the right thing while manager do things right is the popular saying. The big questions are; Why are the things not right? Who is in control of the files and the paperwork?

What decision-making processes are followed? Bhutto’s main strength was his grasp of paperwork. He kept the files moving. The bureaucrats and the Principal Secretary to the Prime Minister (PSPM) could not hide behind the files, as he read all of them and asked pertinent questions in writing which had to be answered. His PSPM, Waqar Ahmed, followed his directives. The executive authority wrested with him, not the PSPM.

As an elected leader the PM is trying his best but his intentions and directives are not being implemented by his own Secretariat, mainly because the paperwork is not in his control. While the PM has a defined term of office, everyone else has to perform to stay there. Cabinet reshuffle is fine but the fault lines are somewhere else. Re-engineering of the PM Secretariat is needed to improve governance. It is time to flowchart and study all the prevalent processes of this vitally important office. Several examples can be quoted but the dissatisfaction is so wide that it calls for immediate action. I am willing to offer my free services as a Certified Lead Auditor for the audit of the secretariat followed by implementable recommendations for improvement.

Over the years with weak PMs whose credentials were questionable, the office of the PSPM has become very powerful. As PMs, both Yousaf Raza Gillani and Muhammad Nawaz Sharif appointed junior but loyal bureaucrats in this position. Ms Nargis Sethi, a Grade 21 officer was appointed PSPM by Gillani.

Management crisis that the country faces has to be overcome. The PM Secretariat under various PSPMs has a poor record of service to the people which cannot be overlooked. Their failure must not reflect on the leader, he must put the house in order. While he is answerable to the people the bureaucrats remain untouchable.

During this period a serious crisis of out of turn promotions took place as senior officers were overlooked. Fawad Hasan Fawad, a Grade 21 officer was especially sent from Punjab on the retirement of Nasir Khosa to head the secretariat during the Nawaz regime. Due to his closeness and and unflinching loyalty to the Sharifs, Fawad now faces NAB scrutiny.

The current PSPM Azam Khan was Imran Khan’s choice as he worked closely with the PTI government in KP. He then brought his own team from his home province. While the liaison between the PM Secretariat and KP remains good, it is not that smooth with other provinces. Perhaps Punjab faces most governance challenges under the existing set-up.

The loss of Comrade Naeem-ul-Haq is also being felt as he was easily accessible to the party members and played the role of Deputy PM. With his presence in the secretariat, he provided a link between the bureaucrats and the public. Naeem Sahib understood the party rank and file and tried to solve their problems to the best of his abilities. After his demise in February 2020, no one has been able to replace him. The balance has now titled towards the bureaucracy that operates within the secretariat. There is a lot of deadwood that needs to be cleaned up in the highest office of the land. Another area needing improvement is the record-keeping. The record room has to be organized with easy access to information for the PM enabling him to take quick informed decisions.

As student leaders we had the chance of visiting the PM Secretariat during the Bhutto regime. He worked long hours by burning the midnight oil. As he had insomnia, his sleep hours were short. Every ministry had a night Section Officer whose job was to feed the necessary information to the PM at odd hours. Files were processed and returned within 24 hours with clear directives. He kept the files moving. By contrast, the files that were sent to Zia seldom came back unless personal interests were involved. After his death rooms full of files were discovered that were stored by the President as his approach was ‘Do nothing’, he sat on them. The inertia that he created by this approach that lasted over 11 years has still not been overcome. In fact the entire administrative machinery has ceased to function because of this menace. The Zia legacy of doing nothing continues till today.

My personal experiences with the PM Secretariat (2002 to 2005) were also not good. As Chairman Pakistan Science Foundation (PSF), I transferred a Deputy Secretary who had been in that position for about two decades and was in fact the defacto Chairman as he had been calling the shots before I took over. When I constituted an inquiry into his misdeeds, he got himself transferred to the PM Secretariat. As he had managed to get there without the permission of his parent department, I asked the Secretariat to absorb him on permanent basis if his expertise was so urgently needed there. I got a very funny letter from there that implied that the PM Secretariat had the authority to assign any civil servant as it desired. It was an ordinance that was enacted during the ill-fated 1970 war when officers resisted their transfer to the Eastern Wing. After the passage of the 1973 Constitution it had no legal significance yet it was being used. Then again when my term as Chairman ended in August 2005, a 74-year-old retired scientist was appointed in my place as the PSF  Act had not specified age limit.

I wonder how this highest office in the land gets away with such a charade.

Indeed Imran Khan is a leader, he is honest, upright and committed. He is a ray of hope for the exploited and suffering masses but he has to deliver as well. The management crisis that the country faces has to be overcome. The PM Secretariat under various PSPMs has a poor record of service to the people which cannot be overlooked. Their failure must not reflect on the leader, he must put the house in order. While he is answerable to the people the bureaucrats remain untouchable.

To drive the point home again, today Pakistan has a leader but not a good manager like Chou Enlai was to Mao Zedong and Comrades Ahsan Rashid and to some extent Naeem-ul-Haq were to their Kaptaan. The highest office of the land needs an operation clean-up, the sooner the better.