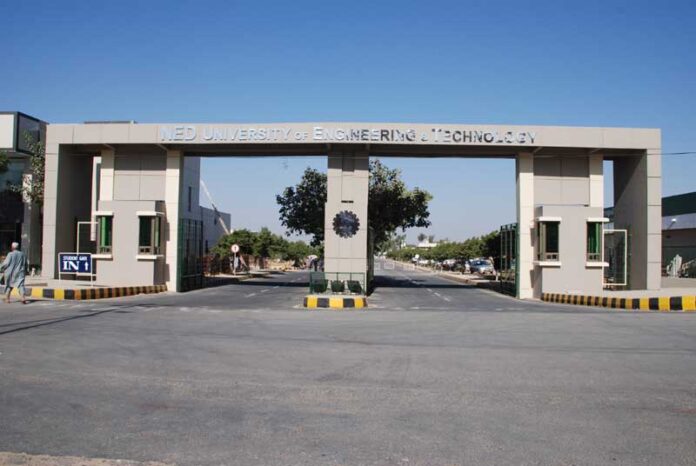 An engineering university is set to introduce a Turkish language learning programme for students.

The NED University of Engineering and Technology and Turkey’s Maarif Foundation inked an agreement in Karachi in this regard.

The Turkish agency will assist the university in conducting the language course, according to Ahmet Sami Demir, Maarif Foundation’s Karachi coordinator.

The two sides will also carry out cultural and educational exchange programmes.

The agreement was signed by Professor Birol Akgun, the president of the Maarif Foundation, and Noman Ahmed, the dean of NED University’s Architecture and Management Sciences Department.

Addressing the ceremony, Tolga Ucak, the Turkish consul general in Karachi, said the venture will further strengthen the historical ties between Pakistan and Turkey.

Professor Sarosh Hashmat Lodhi, the vice-chancellor of the university, said the Turkish language programme will initially be optional for students but might be declared mandatory in the future in view of its importance and necessity.

Maarif Foundation currently has 27 schools and colleges across Pakistan, catering to over 12,000 students in 10 cities, including Islamabad, Karachi, and Lahore.

The number of teaching and non-teaching staff affiliated with these academic institutes is over 1,700.

In January this year, Islamabad and Ankara inked an agreement allowing Maarif Foundation to expand its operations in Pakistan in terms of opening and running new campuses, cultural and educational centres, language centres, student exchange programmes, and scholarships.

Following the agreement, the foundation, which had had the status of an international non-governmental organisation, is now treated as a Turkish government institution in Pakistan.