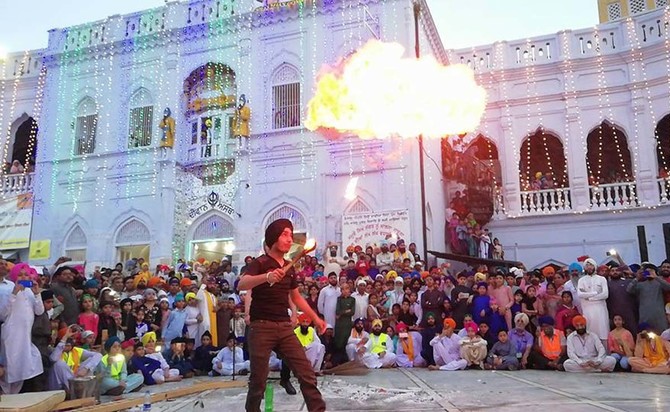 ISLAMABAD: Pakistan has issued more than 1,100 visas to Sikh pilgrims from India to participate in annual Baisakhi celebrations, said a statement from the Pakistan High Commission in New Delhi.

“These visas have been issued as a ‘special gesture’ by the Government of Pakistan in view of the importance of Baisakhi for Punjabis and Sikhs marking the start of their new year,” according to the statement that said the high commission extended special felicitations to all those celebrating the occasion and wished visiting pilgrims a fulfilling pilgrimage.

‘Baisakhi’ commemorates the day when the tenth Sikh guru, Gobind Singh, founded the ‘Khalsa Panth’, an army of warrior Sikhs, in 1699 to fight the Mughal Empire.

It also marks the onset of the harvesting season for the farmers in Punjab and is observed as a thanksgiving day. After the celebrations, the farmers start cutting the Rabi (winter) crop and hope for a better yield with each passing year.

The celebrations are planned to last from April 12 to April 22.

Under the framework of the Pakistan-India Protocol on Visits to Religious Shrines of 1974, a large number of pilgrims from India visit Pakistan to observe various religious festivals and occasions each year.

The managing body of the Sikh place of worship in India, the Shiromani Gurdwara Parbandhak Committee (SGPC), welcomed the decision by Pakistan.

“We believe that those who want to visit religious shrines in Pakistan should be given visas,” said President Gobind Singh Longowal.

He told Anadolu Agency: “The Indian government must allow the pilgrims to visit Pakistan.”

In February, India denied permission to a group of pilgrims who wanted to visit Pakistan. The Ministry of Home Affairs (MHA) cited security and the coronavirus situation in Pakistan for denying 600 pilgrims.

Facebook
Twitter
Linkedin
WhatsApp
Email
Previous articleGovt to abolish hundreds of posts in BPS 1-16
Next articleCourt to indict Mandviwalla, others in NAB case on April 14