Court to indict Mandviwalla, others in NAB case on April 14 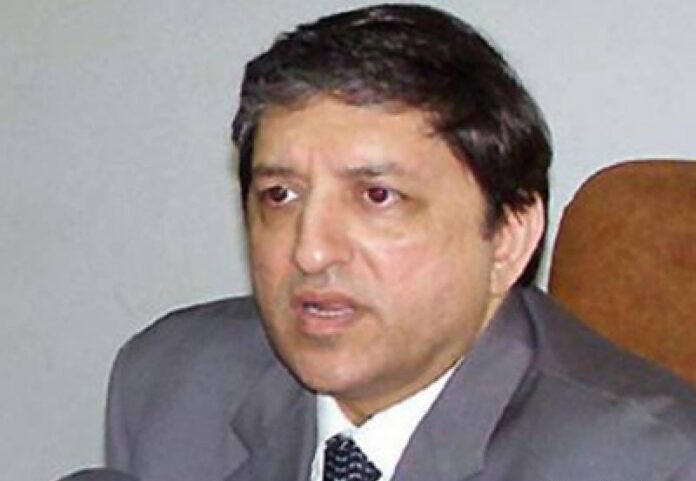 ISLAMABAD: An accountability court in Islamabad on Thursday announced to indict Pakistan People’s Party (PPP) leader and former Senate deputy chairman Saleem Mandviwalla and other suspects in Kidney Hills reference on April 14 as two co-accused did not appear in the hearing.

Another suspect Nadeem Hakim submitted his request through the counsel to the court to seek exemption from personal appearance.

Judge Muhammad Bashir ordered the copies of the reference be provided to the accused.

Mandviwalla’s counsel Barrister Qasim Abbasi told the court that two suspects — Nadeem Hakim and Abdul Ghani Majeed — were not present during the hearing.

The National Accountability Bureau (NAB) filed a reference against Mandviwalla in an illegal land allotments case on January 13.

According to NAB, Mandviwalla had purchased fake shares in the name of his frontmen by selling these plots.

The agency had also submitted a report to the court which said that former PIA managing director (MD) Aijaz Haroon had also played a key role in selling plots to Abdul Ghani.

The NAB had nominated Mandviwalla, Haroon, Abdul Ghani and Tariq Mehmood as accused in the reference.