Hafeez Sheikh was an asset worth retaining 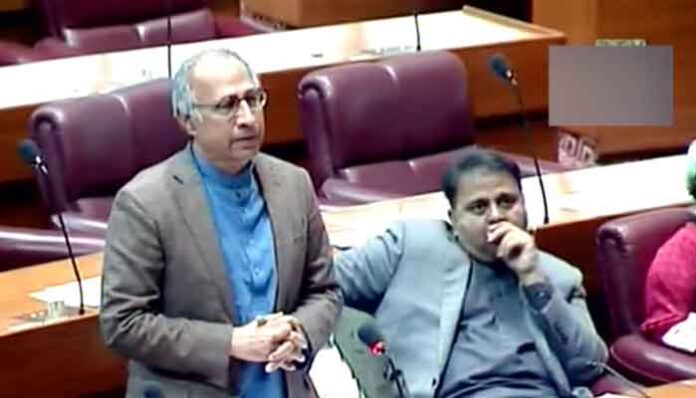 I am using this title from Charles Dickens’s book, though I do not claim to be anything like him, but it describes the feeling not only I but many Pakistanis had when Imran Khan came to power. We all had great expectations of him. I know he’s human but he’s made mistakes that are sometimes inexplicable. So I’m afraid the great expectations are still there but they have taken a bit of a bashing.

Take for example how he treated his finance minister, Hafeez Sheikh. He was lucky to have him in his team and he’s one of the few in the political milieu who actually knows the subject of public finance and macroeconomics. He took over a near dead economy and brought it back to a life of sorts against great odds. What does he get for his pains? Being humiliated by his boss, namely one Imran Khan. Knowing that Imran is not a stupid man, why did he let this happen? After losing the Senate election, which looks a lot like a loss by design, he did the honourable thing and tendered his resignation to the Prime Minister. The Prime Minister met him and insisted that he stay on. Hafeez agreed and the conventional wisdom was that Imran would create a vacancy in the Senate from where Hafeez would win a by-election. His ministers came and said that Hafeez was going nowhere and that he would remain finance minister. And then just a couple of weeks later, Imran relieved him of his portfolio. What is wrong with this guy, Imran Khan? He says one thing and does another. He never used to be a man who’d go out of his way to embarrass somebody. So why did he do it?

My feeling is that one behaves in an erratic way when one is being told what to do, sometimes against one’s better judgement. It’s just a feeling. I’m not saying Imran is being told what to do and what not to do. When the founder of Dubai, Sheikh Rashid al Makhtoum was asked about the future of his country, he said, “My father was on a camel, I’m in a Mercedes, my son is on a Land Rover and my grandson is going to be on a Land Rover, but my great grandson will be back on a camel.”

The Prime Minister met him and insisted that he stay on. Hafeez agreed and the conventional wisdom was that Imran would create a vacancy in the Senate from where Hafeez would win a by-election. His ministers came and said that Hafeez was going nowhere and that he would remain finance minister. And then just a couple of weeks later, Imran relieved him of his portfolio.

Why is that, he was asked? And his reply is memorable, “Tough times create strong men. Strong men create easy times. Easy times create weak men. Weak men create tough times.” We are all undergoing this. Sheikh Nahyan is the man who once famously said, “Give me agriculture and I’ll give you a civilization.” There is a staggering amount of depth in this statement. But I say it only to persuade Imran to give even more importance to agriculture. We are losing our civilization and Imran should act before it’s too late.

I ask Imran Khan: “Was Hafeez Sheikh thrown under a bus by you?” A few months earlier, Imran appointed him as Minister of Finance so he could carry out his job properly. And what transpired shortly afterwards was inexplicable. It was the Prime Minister’s job to protect Hafeez Sheikh and his economic team from political charlatans without and especially within his party. Imran should know by now that he has snakes in his pavilion. It’s ironic that as captain of the Pakistan cricket team, he came down hard on match fixers but as Prime Minister, he’s either turning a blind eye or is completely unaware.

Hafeez Sheikh wanted to contest the senate elections from Sindh but he was forced to do so from Islamabad against a candidate from the People’s Party, a former prime minister. The People’s Party and Gilani moved heaven and earth to ensure that he purchased the loyalties of many senators and then Hafeez Sheikh lost. That is when he did the honourable thing and resigned though what chance did he stand in a system where there is no honour and in a country where there is no honour. Imran Khan refused to accept his resignation and told him he was badly needed and should stay on. He was needed to renew Pakistan’s understanding with the IMF to get the new tranche. Once he had done that and the IMF money had arrived, he was shown the door. His junior minister, an unpolluted boy so far, took charge. He now heads the Economic Coordination Committee (ECC) and the first thing he does in the first meeting he chairs, is to agree to open trade with India and start importing sugar and yarn. This for a country that was once the cotton king of the region. Oh what a fall there was my countrymen, a fall that should have been easily avoided. Shireen Mazari, the Human Rights Minister, spoke against this in Parliament. That is when we knew that there would be a mini-revolt in the cabinet. And so it came to pass. When the issue came up before cabinet, it summarily dismissed it. Imran Khan was left with egg on his face. I hope it was not an Indian egg. Imran Khan said in the past that he was good at making teams (which remains moot) and that he would create a world class team which would win matches. We know that America is trying its best to bring peace to South Asia and they are trying to incrementally increase India-Pakistan relations in areas like trade. They are using the UAE and Saudi Arabia to prevail upon Pakistan, India and others to do incremental normalization. This is where Imran Khan could have been told that he should open trade with India. But the sad thing is that he agreed, though he will deny it vehemently. Don’t tell me that the UAE and Saudi Arabia managed to prevail upon Imran’s new kid finance minister to do the dastardly deed. He looks like a good boy so far and let’s hope he remains good and learns lessons from this faux pas. So those great expectations have not dimmed. Now, Imran Khan says that he wants good people to be in his team. Then why is he so smitten by incredibly odious people to include in his cabinet.

So I wish Hafeez Sheikh well. He’s such a competent man brimming with integrity that he cannot be without a purpose in life. He shall, God willing, be fine. I hope Imran is fine too. But he should try and get Hafeez back in his circle because he will bring a rare commodity into his team that he badly needs. That, my friends, is wisdom.