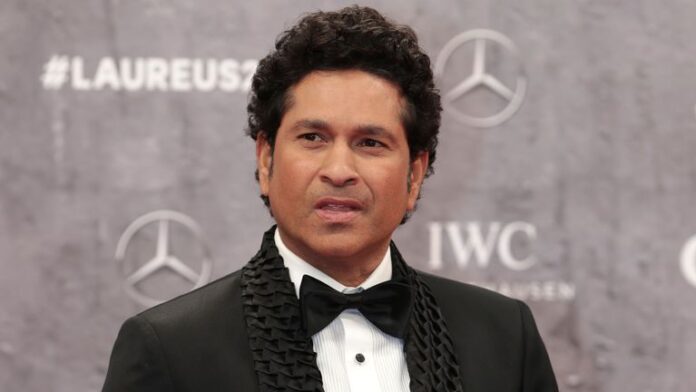 The 47-year-old “little master” of batting is one of the most high-profile cases of a new pandemic surge in the country of 1.3 billion people.

“As a matter of abundant precaution under medical advice, I have been hospitalised,” Tendulkar said on Twitter. “I hope to be back home in a few days. Take care and stay safe everyone.”

Tendulkar is adored across India, and fans took to social media to wish the former cricketer a speedy recovery.

“Praying for the speedy recovery of Sachin Tendulkar,” said Jay Shah, secretary of the BCCI, India’s national cricket board.

Former Pakistan arch-rival Wasim Akram also sent special wishes. “Even when you were 16, you battled world’s best bowlers with guts and aplomb… so I am sure you will hit Covid-19 for a six!” said Akram, who bowled at Tendulkar in his debut series as a 16-year-old. “Recover soon master! Would be great if you celebrate India’s World Cup 2011 anniversary with doctors and hospital staff… do send me a pic!”

Tendulkar is the highest run-scorer ever in Test matches and one-day internationals. He retired in 2013 after playing in 200 Tests, in which he made 15,921 runs.

Just days before announcing he had the coronavirus, Tendulkar had led an India Legends team to a win over Sri Lanka in a Twenty20 exhibition series.

Three other players who took part in the so-called Road Safety World series, including brothers Yusuf and Irfan Pathan, have also tested positive for the virus.

Crowds were allowed into the stadium in Mumbai for the matches.

India is battling a new wave of Covid-19 cases–daily infections rose to more than 81,000 on Friday with 469 deaths, the highest since October.

Tendulkar’s home state of Maharashtra, which includes Mumbai, accounted for more than 43,000 cases and 249 deaths.

Before the game, Rameez Raja asked Pakistan captain Babar Azam why Fakhar Zaman wasn't slated to open the batting for Pakistan. But in 18...
Read more
Sports

CHENNAI: Kolkata Knight Riders (KKR) all-rounder Andre Russell bemoaned the failure of their big-hitters to get the team across the line against Mumbai Indians...
Read more
Sports

TOKYO: A health adviser to Japan’s Olympic committee said on Tuesday athletes should have the option of getting Covid-19 vaccines, days after a public...
Read more
Sports

JOHANNESBURG: Pakistan opening batsman Mohammad Rizwan fell into a trap off the first ball of the match and the tourists never recovered as South Africa...
Read more
HEADLINES

The PCB will outsource the management of its bio-security protocols to an international firm when the sixth season of the PSL resumes in June....
Read more
- Advertisment -