Construction of GOR-VI on the land of SOS Village revealed 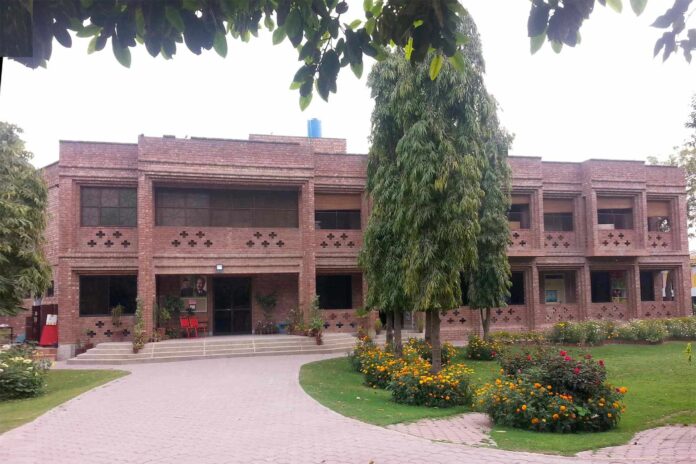 LAHORE: The management of SOS Village has revealed that the Services and General Administration Department (S&GAD) has started constructing government residences (GOR VI) on the land allotted to the SOS Village by the government for setting up youth homes.

Ali said that the SOS village was allotted the land of 4 Kanal 5 marlas in the year of 2005 on the direction of the then Punjab chief minister for the establishment of youth homes and the Mutation No 39 of the same was entered into the record of rights vide dated Aug 29, 2005, and the same was intact vide register haqdaran 2007-08.

He said that at that time the in-charge of the SOS Homes denied taking possession of said land due to the fact that the property was away from the school besides other security reasons.

Later, the in-charge of the SOS homes again requested to BOR for alternate land adjacent to the SOS, wherein the same was admitted through a summary to the Punjab CM and, after approval, the land measuring 4 Kanal was allotted to SOS vide letter no. SO ESTATE (LG)2-30/2009 dated March 11, 2014, out of the land owned by MCL.

He informed that the state land measuring 52 Kanal Khasra No.7 Rakh Kot Lakhpat, Lahore owned by the MCL, Lahore, adjacent to SOS premises on its eastern side, was available and being used for parking of trucks of LWMC.

Furthermore, the Lahore commissioner, in their report dated April 10, 2015, clearly indicated that the land allocated to SOS measuring 4 Kanal out of land owned by MCL, not from the land allotted to S&GAD.

Moreover, Ali continued, while entering the Sahat Andraj of Mutation No 39, Naib, the tehsildar submitted its report, dated Dec 08, 2015, in which he stated that the allotted land measuring 4 Kanal to SOS vide letter dated 11.03.2014 was entered into the revenue record vide mutation No. 62 dated March 28, 2014.

The possession of the same was handed over to the Incharge of the SOS under the supervision of the Commissioner, Lahore. The S&GAD owned 118 Kanal, 11marla bearing Khasra No. 6 & 7 as per the record of right, the lawyer added.

However, SOS Village National Operation Manager Abdullah Faiz informed this scribe that later S&GAD has started construction of houses for government employees on the land allotted to SOS Village.

“According to all the records, this land belongs to SOS Village. In this regard, we have also informed the S&GAD additional chief secretary and the governor of Punjab in writing to stop this construction on which no action has been taken. Later we approached the court and the court has issued a stay order on all this construction,” he said.

This scribe repeatedly tried to contact S&GAD’s Public Information Officer SM Raza on his official number but he did not respond.