The KE, on the other hand, claims around Rs234 billion against the government and its agencies on a gross payable basis and expects around Rs80 billion net payments from the public sector, provided all payables and receivables are settled on principal payment basis 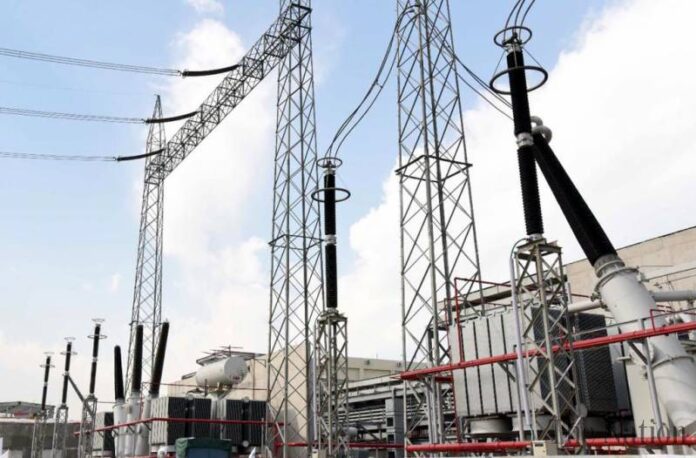 Sources disclosed that despite being minority shareholder in the KE, the Saudi business tycoon, during his two-day visit to Pakistan, attempted to remove impediments in the acquisition of 66.4pc controlling stake in the KE by the SEP.

Sheikh is the managing director investments of Aljomaih Group and is principally responsible for all international investments on behalf of the group. He is the chairman of Arcapita Investment in Bahrain and holds numerous board positions in various portfolio companies of Aljomaih Group. Previously, he had served on the board of directors of Etihad Etisalat in Saudi Arabia and Dana Gas in the UAE.

The Aljomaih Group has invested in the KE for the past 15 years since its privatisation in 2005. Sheikh had also served as the first chairman of the KE’s BoD at that time. He is one of the largest investors in the KE through a consortium that bought out the then Karachi Electric Supply Corporation (KESC) in 2005. He was the main driver of the privatisation process of the company.

As per details, Sheikh arrived in Pakistan on a two-day visit on March 15 and left the country on March 16. During the first day of his visit, he met with the Pakistani leadership, including President Arif Alvi, Prime Minister Imran Khan, Finance Minister Dr Hafeez Sheikh, Federal Minister for Privatisation Mohammed Mian Soomro, Federal Minister for Energy Omar Ayub Khan, Special Assistant to PM on Petroleum Nadeem Babar and other senior officials and got the commitment that all the impediments, particularly the issue of receivables and payables, in the way of the KE’s transaction will be removed.

On the second day of his visit, he met with key stakeholders in Sindh, including Governor Sindh Imran Ismail, Provincial Minister for Energy Imtiaz Shaikh, Murtaza Wahab, adviser to Sindh chief minister on law, anti-corruption establishment and information and some other senior officers, to ensure their help in the speedy transaction of the KE.

According to sources, the PM has asked him to expedite the resolution of KE’s debt issues with other entities to facilitate a smooth transaction with the SEP.

Sharing details of the meetings, sources said that the Saudi business tycoon took up several issues, including acquisition of KE shares by the SEP, price differential claims, and gas sales and power purchase agreements with the Sui Southern Gas Company (SSGC) and National Transmission and Despatch Company (NTDC) respectively, which were hindering the KE’s acquisition by the Chinese firm.

They said that the Saudi businessman, in his meetings, insisted for the release of KE’s pending payments and removal of hindrances in the way of signing of fresh agreements regarding KE’s upcoming 900 MW power plant located at Bin Qasim and concluding the SEP’s proposal to acquire 66.4pc controlling stake in the KE.

They added that he asked the Pakistan government to extend its support in expediting the process of approvals so that the tariff differential claims to the tune of around Rs275 billion on principal basis could be settled at the earliest.

They said that the KE, SSGC and NTDC have been in dispute over payment issues, which to some extent are halting the process of SEP’s acquisition of KE shares.

The KE is engaged in negotiation process with the government to ink an arbitration agreement for settlement of issues and it is desiring favours by getting waiver from debts while the Saudi tycoon arrived in the country to ensure favours for the KE from the government, said sources.

“It is strange that Aljomaih is a minority shareholder in the KE, but he has been making efforts to convince the government for smooth transaction of KE to the SEP,” sources added.

When contacted, a spokesman of power division, said negotiations are on for the sale of KE to the SEP and the Privatisation Commission has been dealing with it.

About the meeting of Aljomaih with the energy minister, he told that it was a brief meeting and it remained under discussion that outstanding issues of the KE should be resolved in the best interests of the people of Karachi.

It is pertinent to mention that as of 2017, the Abraaj Group, in partnership with Aljomaih Group and National Industries Group of Kuwait, has 66.4 per cent stake in the KE while the Pakistan government’s shareholding stands at 24.36 per cent. This three-firm consortium operates in the name of KESP, which is the parent company of KE.

Non-receipt of net receivables from various federal and provincial entities for over a decade has pushed the KE into losses. Similarly, delayed payment of price differential claims by the NTDC had also led to halting investments in the KE.

The KE, on the other hand, claims around Rs234 billion against the government and its agencies on a gross payable basis and expects around Rs80 billion net payments from the public sector, provided all payables and receivables are settled on principal payment basis.

The Supreme Court of Pakistan (SCP) has directed the Karachi administration to raze the Pavilion End Club and end all commercial activities on an...
Read more
- Advertisment -

June 19, 2021
LAHORE: A cleric who was charged with sexually abusing a student at a religious school in Lahore has escaped and the police are working...