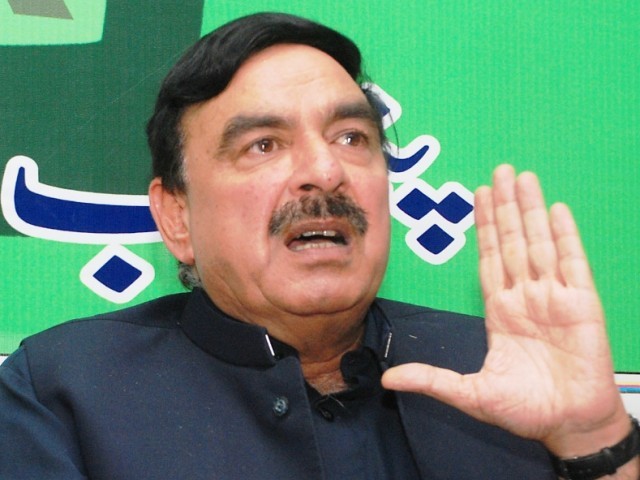 Federal Minister for Interior Sheikh Rasheed Ahmed has said the dialogue process with opponents should continue as sorting out differences is vital for the country’s progress.
Talking to a private news channel, the minister strongly condemned the incident in which the opposition leaders were manhandled and said he would take action if any complaint is lodged in that regard.
The minister said that when he was asked to comment on Saturday’s incident when Pakistan Tehreek-e-Insaf (PTI) and Pakistan Muslim League-Nawaz (PML-N) workers and also leaders, came to blows outside the parliament.
“This should not have happened. If anyone sends a [formal] complaint to me, I will take action on it,” he said. “I do not know what happened hence I don’t want to speak much on it. If someone was mistreated, it should not have happened,” added the minister.
When told that the women politician was kicked outside the parliament, he said, “This is a big injustice and I condemn it. I condemn it,” said the minister.
He said that Dr Abdul Hafeez Shaikh will continue to perform his duties as minister of finance. Rashid said that huge money was used in the Senate election to buy votes to get Yousaf Raza Gillani elected as senator against Shaikh.
He hoped that the incumbent Senate Chairman Sadiq Sanjrani will again clinch the top slot with a clear majority.