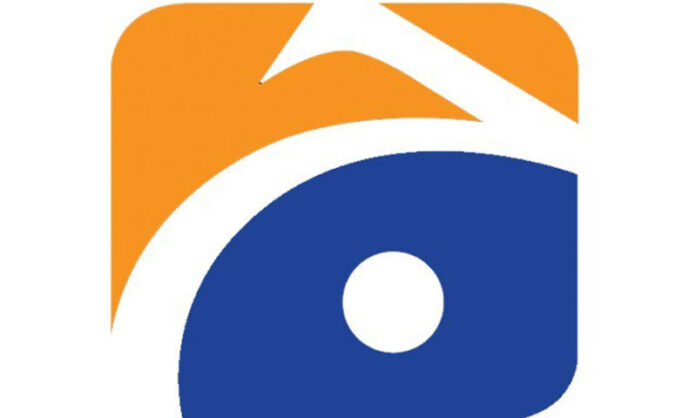 The protesters were angered by an edited video that had gone viral on social media. Siddiqui said that the protesters had declared beforehand that there were no police officials in the area.

Dozens of protesters tore down a walk-through gate and broke through the main gate of the office located on I I Chundrigar Road. Footage of the office showed shattered glass lying on the floor near the reception area of the building.

Speaking on the incident, Federal Minister for Information Shibli Faraz condemned the violence and said that people “always have the choice to launch a formal protest”.

Sindh Information Minister Nasir Hussain Shah also appeared on air to express solidarity and said he will shortly arrive at the venue.

When asked why police did not act promptly, Shah said that he strongly condemns such violence. “I spoke to the SSP and I was told the protest was to head from Shaheen Complex to Press Club but they came this way,” he said.

He added that action will be taken against whoever was behind the incident.

The provincial information minister said that Chief Minister Sindh Murad Ali Shah has also ordered “strict action” to be taken against all those found involved.

Separately, Karachi Press Club President Fazil Jamili said that the words of a single analyst should not be taken as the opinion of the entire media house. He pointed out that even “if any anchor’s words hurt someone”, Geo itself had issued an apology on the matter and that the “issue should have been laid to rest”.

“But to create an issue out of it and to use to propel a campaign against Geo and to bring a mob to the office and to vandalise the building, to attack the staff is in no way acceptable,” he said, adding that the Press Club condemns the incident.

A journalist affiliated with the media group, Zebunnisa Burki, said police had “looked on” as the protesters attacked the Geo/Jang offices.