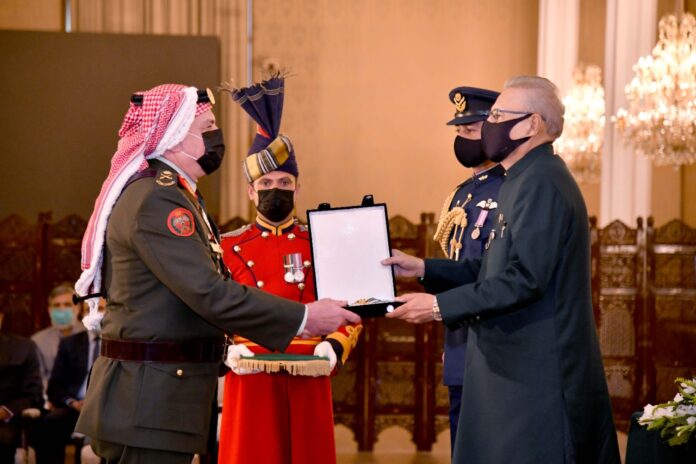 In this regard, a ceremony was held at the Aiwan-i-Sadr.

A citation on the occasion read Gen Huneiti was awarded in recognition of his services for strengthening defense ties between the two nations.