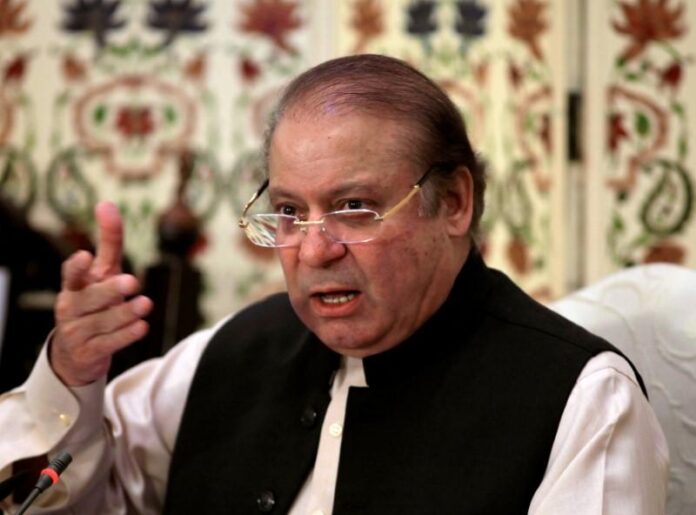 In September, the Islamabad High Court (IHC) issued non-bailable warrants for Sharif in the Al-Azizia Steel Mills probe after he failed to appear despite repeated summons. Following their issuance, the court through the Pakistan High Commission, London delivered the warrants to Sharif at his London residence.

In response to a letter to Prime Minister Boris Johnson from Stephen Timms — Labour MP from Newham, a London borough — on behalf of a Pakistan-origin constituent, Khalid Lodhi, South Asia and Afghan Directorate (SAAD) of the UK Foreign Office said: “The UK law sets out clearly and publicly what the Government can and cannot do on immigration matters, we act strictly in accordance with the rules in all sides.”

“Mr Sharif’s status under Pakistani laws is a matter for the Pakistan government and legal system. As such, the non-bailable arrest warrants which have been served by the Pakistan High Commission in London have no legal bearing on his current status in the UK,” it added.

“The UK police cannot arrest someone in the UK on the basis of non-UK court orders,” said the letter.

While the Foreign Office observed the absence of an extradition agreement between the two countries it recalled that such developments have been made in the past.

“If any extradition request were to be submitted through the proper channels it would be considered in line with the UK laws,” it said.

Sharif left Pakistan for Britain in November 2019 to get medical treatment after being granted eigh-week conditional bail from a seven-year jail sentence for corruption. He has since refused to return and launched afresh attacks on the Pakistan Tehreek-i-Insaf (PTI) government and the military establishment.

In October last, the federal government in a letter to British Secretary of State for the Home Department Priti Patel, reminding her she is “duty bound” to deport Sharif to serve his jail sentence.

The deposed premier “has been responsible for pillaging the state and I trust that you will be supportive of our efforts to bring those responsible for corruption to account”, Special Assistant to the Prime Minister on Accountability and Interior Shahzad Akbar said in the letter dated October 5.

A report, citing sources, further suggests Johnson’s office confirmed receiving a letter from Timms and said to have forwarded it to the FO to address the issue.

According to it, Johnson was unable to act in this matter and had no authority and the FO was the right forum to deal with such matters.

Responding to a question, Timms said: “I wrote to the Prime Minister about this, on behalf of a constituent, to ask what the Government’s approach was.”

Timms had written to 10 Downing Street on December 6, asking Johnson if any arrangements were made to send back Sharif. The letter had further said London was bound to deport Sharif.

Lodhi said he had also written a letter to Patel informing Sharif is a “convicted [person] in Pakistan”, had “absconded” the trial and therefore should be sent back “immediately”, the report said.

His letter said Sharif came to London for medical treatment and has been staying in the UK for more than a year now.