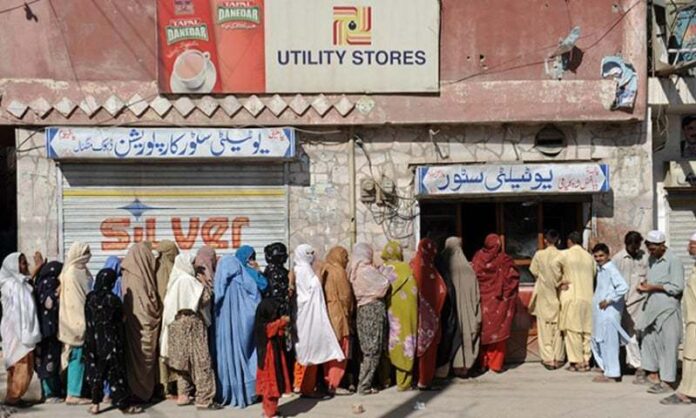 ISLAMABAD: The annual turnover of Utility Stores Corporation of Pakistan (USC) was recorded around Rs100 billion in the calendar year 2020 as compared to Rs10 billion in 2019.

On achieving this benchmark, USC Managing Director Umer Lodhi said that the corporation has now almost become a debt-free and self-sustained entity.

“USC now intends to carry out highly progressive restructuring [reforms] with a consolidated view to provide customer-centric approach, and expects to reach another milestone by achieving a turnover of Rs150 billion by the end of the fiscal year 2020-21,” the MD said in a statement released by the corporation on Tuesday. “From a loss making entity to one of the leading contributors to the national exchequer, USC ensured food security through uninterrupted supplies of staple food items during the year.”

As per the statement, USC contributed Rs8.564 billion to the national exchequer during the fiscal year 2019-20 as compared to Rs1.476 billion in FY19. It served Rs45.77 million households during the year through its retail network of 4,881 stores in rural and urban areas.

“The USC will establish its IT infrastructure in the next fiscal year; a data center has already been deployed at its head office, having the capacity to meet future IT infrastructure requirements,” the statement read. “Through the establishment of IT infrastructure, USC would be synchronizing warehouses and retail outlets.”

Other initiatives during the year included deployment of Online Stores Information System by geo-tagging all stores throughout the country. USC also implemented a Demand-based Online Purchase Ordering System integrated with the Finance Payable System.

Despite outbreak of Covid-19, retail outlets remained opened for the public to maintain continued supplies of food items at prices lower than the open market. USC also launched around 100 Mobile Utility Stores during the pandemic to ensure delivery of grocery items at people’s doorstep in far-flung areas.

During the year under review, the USC launched 64 products under its own brand including vermicelli, spices, mix spices, black tea, toiletries, and detergents.