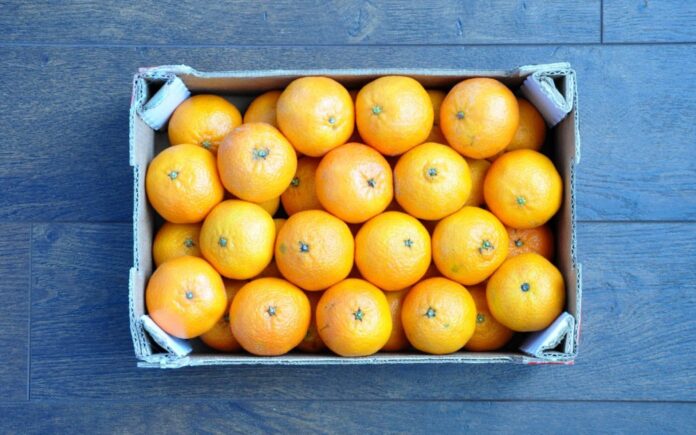 ISLAMABAD: In a positive development that will further promote and enhance Pak-Lanka bilateral trade, the Sri Lankan government has reversed its decision to increase the cess (domestic tax) on imported mandarins (kinnows).

According to officials of the Ministry of Commerce, Pakistan has been a leading and steady supplier of quality mandarins to the Sri Lankan market in recent years. But Sri Lanka had last month announced a sudden increase in domestic tax on imported mandarins from LKR30/kg to LKR160/kg, which had made kinnow export from Pakistan almost four times costlier than before.

Although the tax was imposed on all imported kinnows, the move particularly affected Pakistan, as kinnow is a concessional item under the Pakistan-Sri Lanka Free Trade Agreement (PSFTA). Moreover, the citrus season in the country had just commenced and the increase in cess had placed existing export orders in jeopardy.

Pakistan Fruits and Vegetables Association (PFVA), exporters and Sri Lankan importers had also expressed concerns over the tax increase and had requested the Sri Lankan government for intervention in this regard.

Officials said that the Ministry of Commerce, through its Trade & Investment Attaché Asma Kamal in Colombo, immediately took up the matter with the concerned authorities in Sri Lanka so as to reach an amicable resolution on the matter.

It is expected that this reversal in tax would support Pakistani kinnow exporters amid challenging circumstances in wake of the Covid-19 pandemic, they added.

Appreciating the move on the part of the Sri Lankan government, PFVA opined that the withdrawal of taxes would ultimately help Pakistan meet its kinnow export target of 350,000 tonnes this year.

PFVA head Waheed Ahmed lauded the role played by the MoC, especially Adviser to Prime Minister on Commerce Abdul Razzaq Dawood, as well as the efforts of the trade and investment attaché appointed in Sri Lanka, who effectively raised the matter in front of the Sri Lankan authorities.

The PFVA had identified the issue of Sri Lanka increasing the cess on kinnow on November 30.

It may be noted that the kinnow exporters aim to fetch foreign exchange worth $210 million this season with the export of additional 50,000 metric tonnes (MT) to meet the set target of 350,000MT this season.

ISLAMABAD: The Election Commission of Pakistan (ECP) on Tuesday, while responding to a protest demonstration staged by the PDM outside its office, said that...
Read more
NATIONAL

ISLAMABAD: Smaller parties of the Pakistan Democratic Movement (PDM) have expressed their reservations about the role of the two major political parties in the alliance,...
Read more
- Advertisment -