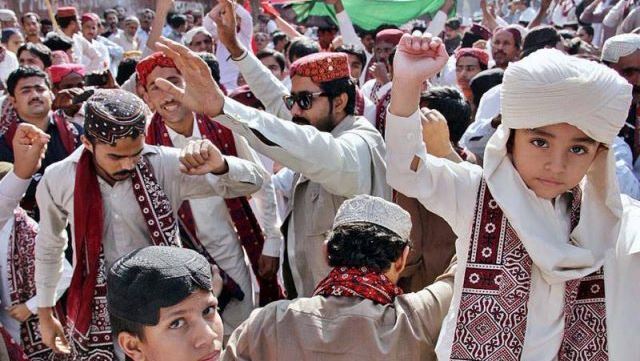 HYDERABAD: Sindhi Cultural Day is being celebrated across the province today with rallies to be taken out in different cities and towns in the province.

Each year, Sindhis celebrate Cultural Day worldwide on the first Sunday in the first week of December.

People are donning cultural dresses with Sindhi topi and Ajrak the traditional block-printed shawls to spotlight the centuries-old rich culture of Sindh as they celebrate this year’s theme “Ekta” meaning unity.

Several seminars and programmes have been organized in Hyderabad, a cultural hub of the province on Sunday.

The rallies and functions have been planned to celebrate “Culture Day” while musical programs will also be arranged to mesmerize the general public.

A stage has also been set up outside the Hyderabad press club to celebrate Cultural Day.

“The founder of the Pakistan Peoples Party Shaheed Zulfikar Ali Bhutto established the Ministry of Culture to highlight the importance of various cultures of Pakistan,” he added.

Asif Ali Zardari said that Sindh had always kept its history and culture revered. The former president said that Sindh was the land of Sufi elders, learned friends and brave people.

He also urged the people of Sindh to keep their culture alive and should not give place to any kind of extremism on their land.