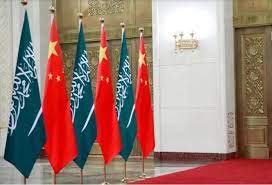 BEIJING: The first China-Arab Summit and China-Gulf States Summit scheduled to be held in Saudi Arabia this month will bring new opportunities for the regional development particularly to the Arab countries.

This series of Summits at the end of 2022 are set to catch the eyes of the whole world, Li Chen, Centre for China Studies and Co-Director of the Greater Bay Area Research Project said in an article issued here.

Therefore, the synergestic cooperation combined with “Belt and Road” construction and development planning of all Arab countries will effectively highlight the advantages of the Arab countries as the intersection of land and maritime Silk Roads.

Secondly, he said, the resources markets of Arab countries and China can be fully integrated. The two sides have deepened practical cooperation in crude oil and petrochemicals. At the same time, China’s development in new energy and renewable resources can offer more necessary solutions to Arab countries to explore new development paths and provide strong support and assistance for Arab countries to gradually realize economic structural transformation.

Third, in terms of epidemic prevention and control, the output of COVID-19 vaccines cooperated with China in several Arab countries have not only fully met the vaccination needs of their own people, but also being exported to African countries as well, which opens up a new landscape for global epidemic control and medical industry.

He said, as the first summit being held between China and Arab states, it is also the first face-to-face communication between Chinese and Arab leaders since the outbreak of COVID-19 and it is particularly the first major multilateral diplomatic event with China as one of the co-hosts after the successful hosting of the 20th CPC National Congress.

The consensus reached by the heads of states during their meetings has also been enhanced and implemented in the previous successful China-Arab cooperation forums. In 2020 alone, trade between China and Arab countries reached US $240 billion, making China the largest trading partner of Arab countries.

This summit is about to unveil a magnificent prospect for the development of China and the Arab countries and bright future of China-Arab states relations, he concluded.